With a book of stories that came out in September and a new book of poems just out in the last week or two, I think the time has come to go east and give some readings. I have two east coast readings coming up, one in New York City and one in Washington DC. I'd love to see you at either one and for any socializing that goes on afterwards.

Here are the details on the readings and my new books:


For further details about my new book of poems, Felonies of Illusion, go to:
http://aerialedge.com/felonies.htm


I hope all is well with you. With luck I'll find out more about that when I see you.
Posted by mark wallace at 9:30 AM 3 comments: Links to this post

Wish I'd Known Back Then

“A string of reproaches against other people leads one to suspect the existence of a string of self-reproaches with the same content. All that needs to be done is to turn back each single reproach on to the speaker himself. There is something undeniably automatic about this method of defending oneself against a self-reproach by making the same reproach against someone else... A grown-up person who wanted to throw back abuse would look for some really exposed spot in his antagonist and would not lay the chief stress upon the same content being repeated.”

Sigmund Freud, Dora: An Analysis of a Case of Hysteria
Posted by mark wallace at 7:48 PM No comments: Links to this post Or at least he’s made it to the front cover and main story of the San Diego Weekly Reader, with a caption reading “Tie This Guy Up: Make Sure He Stays at SDSU.” I’ve linked to the story here, and I hope you’ll read it.

For those of you who don’t know the San Diego Reader (which I’m assuming is most of you), it’s the main alternative weekly paper of the city, equivalent to the City Paper in Washington, DC and other similar versions elsewhere. The Reader is hardly as good as the City Paper, which is faint praise, I know, but there it is. They don’t even run Savage Love, for one, although a recent occasional series, Dumped, allows people to write in their stories about just how badly they let their romantic partners treat them before being left behind entirely. It’s a voyeuristic treat for those like me who enjoy that “how bad can it get” sort of thing.

The City Paper sometimes runs articles on local writers. They once did one on me, and on Buck Downs, and recently on Rod Smith. But they were small articles (and perhaps, uh, reveal a bit of gender bias?). This on the other hand is a cover story, and the picture, as you can see, is a big picture, with Ilya’s eyes looking down over his glasses skeptically and intensely at us all. This is some serious Local Press Cool Points.

Some of my friends in DC probably remember Big Ilya from when he lived there and was taking classes at Georgetown University. He became Big Ilya not simply because he was big (about six foot three) but because we also met another Russian emigré poet about the same time, Little Ilya, who was much smaller. In order to avoid people asking “Which Ilya?” dividing them into Big and Little made sense. Little Ilya has not so far made it as big, although I continue to wish him success for the future.

Being in theory the political center of the U.S. (although much of its power has long since been farmed out to various multinational corporations, in case you didn’t know), DC has a large international population. In fact there’s something of a history of Russian poets and Russian emigré poets in DC, although I myself don’t know it in detail. I remember, probably some time in 1996 or 97, my friend Joe Ross arranging to give a reading with a Russian emigré poet at the series I ran at the Ruthless Grip Art Project. I have pictures of the event, but I only met her that one evening and never saw or heard of her again, and I can’t remember her name. So Joe, if you’re reading this, can you fill me in? But in any case our audience that night featured a very sizeable Russian component, and the event was enjoyed by all. My impression is that the Russian presence in DC poetry has remained somewhat low profile but is also consistent. Recently my former colleague at George Washington University, Daniel Gutstein, was working with a young Russian-American poet, Olga Tsyganova, who has now gone to graduate school at Georgetown.

I’m hardly on expert on modern and contemporary Russian poetry or on Russian poetry in translation. For the most part I like the Russian poets that you might expect me to, given that I’m one of those people who still thinks the word avant garde means something worthwhile. Mandelstam, Akhmatova, Mayakovsky. Of living Russian poets I think Arkadii Dragomoschenko is really great, although I’ve heard it said that some Russian poets believe his work is too Americanized. There was a book called Blue Vitriol by Alexei Parshchikov published by Avec back in 1994 that I thought was very enjoyable. Much of the rest is a mishmash to me. Other Russian poetry I’ve read in translation can seem more than a little lugubrious, which is indeed just the word I want: long, image laden lines in a grim monotone. I don’t know enough to know whether that’s a function of what Russian poetry is like, or what it sounds like when translated into English, or whether it’s just my own lack of information. I’d love to be further informed, so let me know what you know.

In any case, on those occasions when I talked to him, usually when sitting in on a poetry seminar at Georgetown, where I taught a class now and then, Ilya seemed like a nice guy, and I wish him well. He published his first book, Dancing in Odessa, when he was 28, and it won something called The Dorset Prize. Now at 31 he’s an assistant professor at SDSU, so he and I are in the same business and just down the road from each other too. For his theories on poetry I’ll leave you to the article itself, although his basic theory, as quoted in the article, is “All young men’s poetry begins with a broken heart.” I suppose on some level I wouldn’t disagree, at least not entirely, although I imagine some of us might get, at times, a little tired of young men and their broken hearts.
Posted by mark wallace at 10:29 AM 10 comments: Links to this post

One definition of culture is the whole nexus of lived social practices of a particular group of people in a particular place and time.

If we accept that definition, then the constant force of change that’s present in culture might be defined as circulation: the movement of people across place and the exchanges of resources (both ideas and goods) that occur as they move.

This exchange always involves conditions of power. The most extreme use of power in the process of circulation involves the forced seizing of resources: an invasion.

Even when it remains most the same, a culture also always contains within it pressures towards circulation, even if those pressures are nothing more than the shifting power relations within a family, clan, town, or region. All people can seek to circulate at any time, although others may succeed in restraining them.

Yet even when circulating is most frequent, the force of culture remains, even if it is nothing more than the distant memory of a person who long ago traveled permanently far from home.

But it’s also not surprising that it’s easy to jump to the conclusion that one or the other is a fundamental source of good or its opposite. At the present time, for instance, some see the good of culture as being at war with the evil of globalization, while others insist on the good of exchange over the backwardness of culture.

How can we work to recognize that culture and circulation will always interact, and that conditions of power will always be at stake in them, without the always fundamentalist assertion that one or the other is an absolute good?
Posted by mark wallace at 12:28 PM 4 comments: Links to this post 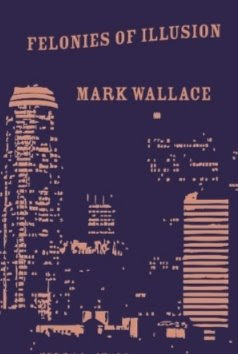 on the clamp, the public note,
slander advancement eats alive
at many a local hot spot, previewing blunders.
Step right up to the pressure cap.
Posted by mark wallace at 2:10 PM 9 comments: Links to this post