My Democratic Primary Betting Odds as of June 24, 2019 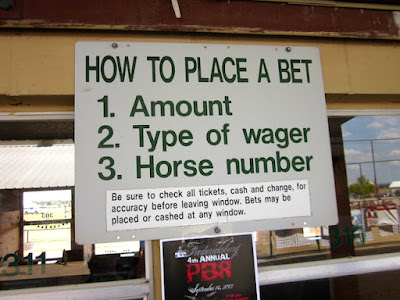 If I was a bookie, here are the odds I would be giving as of Monday, June 24, 2019 for the winner of the Democratic primaries.

Right now he has the majority of the center-right portion of Democratic voters, plus a surge of anyone-but-Trump supporters. He’s most popular in states where Democrats lean center right, which is a lot of states.
Biggest advantages: Democratic corporate money, and also the Romney Effect. He’s going to win some primaries, but he’s also going to finish second and third a lot. Still, there’s a strong likelihood that the other candidates who might win this or that primary will do poorly in other primaries, leaving Biden standing as the middle-of-the-road surviror.

Biggest threat: he’s Joe Biden. Mistake-prone, clumsy, not eloquent, with a long record of policy decisions that the left wing of the party doesn’t like, he could crash and burn quickly, one of the reasons I think that he sometimes seems to be hiding in the background and letting the others take each other out.

She’s smart and informed and has the Policy Left and the Identity Left moving in her direction. Anyone paying attention can see that she makes thoughtful decisions. I don’t buy the “lack of charisma” critiques: this is the party that nominated Dukakis, Kerry, and Hilary Clinton, so you don’t need charisma to win the Democratic nomination. Plus I’m not so sure that she lacks as much charisa as some people say.

Biggest threat: Bernie Sanders. The voting left is already not necessarily the biggest portion of Democratic primary voters, and if she splits that vote with Sanders, they will both lose.

He seems to me to be fading, although his new student debt forgiveness plan shows he’s still hatching Big Ideas. He still has the left Democratic primary voters who like fiery rhetoric, but he doesn’t win the Identity Left even if he wins the Rhetoric Left, and he doesn’t always win that.

Biggest advantage: He never stops. And that also means that he won’t quit the race to make room for anybody.

Biggest Threat: Elizabeth Warren. She’s taking more and more of his potential votes and that seems like it might continue. As to gender bias, I can’t say whether more people will vote for him because he’s not a woman or for Warren because she is a woman.

In many ways, she has the best chance to appeal to the whole range of likely Democratic primary voters, even though the Hard Left doesn’t like her history as a prosecutor. She’s a solid liberal who could win votes with the Identity Left and on the center/ right for her history as a prosector. But most likely voters seem to prefer somebody else.

Biggest advantage: Joe Biden. If he really blows it, she has a chance to build votes across the whole constituency of primary voters. But I don’t think it’s likely to happen.
Biggest Threat: She’s not going to have the benefit of the Obama Effect. Sorry to say this, but a lot of voters who voted Obama believed that he was a radical choice not because of his policies (which he never claimed as all that radical) but because of his racial identity--and some of that voter support was oddly racist in the sense that it seemed to come from the idea that a black man was inevitably going to be a radical. Because the Obama presidency is behind us, no one is going to think that Harris is inevitably a radical

If Biden falls all over himself, O’Rourke could surge as the new, energetic, articulate candidate for center / right Democratic voters. He doesn’t have the name recognition and history that makes him clearly safe enough for the center / right to want him, but if Biden self-destructs early enough, many of Biden’s voters could shift to O’Rourke.

Biggest weakness: What does he stand for exactly? Sooner or later his positions are going to be more and more known, and his ideas to date, like the Non-Military Family Tax, don’t seem likely to attract enough Democratic voters.

Same story as O’Rourke, but his sexual identity will make center / right Democratic voters more skeptical of him and “Anybody but Trump” voters likely to feel that he’s too big a risk. Still, if Biden stumbles, if O’Rourke flashes out in the pan, and if Harris can’t make any headway, Buttigieg’s candidacy is not automatically a dead end. In any case, he and Harris and O’Rourke may be angling for a better spot in future elections.


Anbody else: 200-1
Come on, let me take your money. I suppose that there’s still time for someone unexpected to rise from the pile of entrants, but it’s not likely.

Posted by mark wallace at 12:03 PM No comments: Links to this post