Doomsday Is At Hand 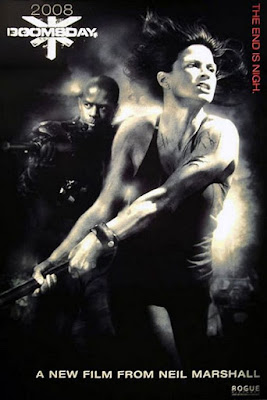 Among the many remarkable and ridiculous things about the last two weeks in American politics, I noticed an absolute explosion of Doomsday Rhetoric, beginning with George Bush’s Chicken Little “The Sky Is Falling” speech and the chorus of rhetorical doomsaying that followed.

While a significant portion of what remains of your money is being handed over to the same people that took the rest of it, I thought I’d say a little bit about Doomsday Rhetoric and why Americans love it so much.

I haven’t done any research into the historical origins of Doomsday Rhetoric, but its history is undoubtedly quite ancient. Indeed I can imagine the opening sentence of a typical student paper reading something like the following and not being too far off the mark:

“Since the beginning of time, humans have prophesied about the end of time.”

Certainly the origins of the United States are thoroughly soused with Doomsday Rhetoric. One of the first works written in America that might have been called, by the standards of the day, a best seller, with over 1800 copies delivered in its first year of publication (1662) alone, the Puritan poem “The Day of Doom,” by Michael Wigglesworth, through 224 grinding stanzas described in pleasingly dark and repetitive detail the destruction of human life because of its sinfulness and the tortures of hell that followed. Over the next several decades “The Day of Doom” became a standard work found in many New England homes. It's important to recognize how much fun this poem must have been to read at the time in order to understand how Doomsday Rhetoric works.

Hundreds of years later, Americans continue to be very excited at the thought of Total Destruction, or some especially thrilling degree of it, and flock to movies such as Independence Day and countless others that show destruction at the hands of meteors or monsters from outer space or nuclear war or climate change, anything really, as long as it brings us to the verge of Total Destruction and in some cases takes us over the edge.

For awhile, after September 11, there was a temporary moratorium on films featuring end of the world thrills, since such films seemed, for a little while anyway, to be in bad taste. But there was nothing like Bush’s mantra of “weapons of mass destruction” to get Doomsday Rhetoric on the road again, and in recent years it has been going strong. The absolute flood of it we’ve seen in the last week or two has reminded me once more how much so many Americans love the idea of Doomsday.

Some points though. The Doomsday Tale is always, at its base, a religious tale. Doomsday comes because Human Sinfulness has brought it. We need to understand that a religious thrill underpins almost all Doomsday Scenarios: the great pleasure we take in seeing the sinful (however we define their sin) getting what they deserve.

This fact is important because the use of Doomsday Rhetoric by conservative politicians always taps into the American religious desire to punish the guilty, even as it also taps into the desire to save the righteous. Of course, George Bush’s recent speech had more of the latter than the former, since he hardly wanted to punish the Wall Street players who his policies have been enriching for years. But you can’t evoke Doomsday without the specter of punishing the guilty rising very quickly, and the outpouring of rhetoric that followed tried instantly to find the sinful, an easy enough task in this case: the “Wall Street Fucking Fuck Fucks,” as someone I know likes to say.

But I want to be fair, at least a bit, and acknowledge that the left also has its own versions of Doomsday Rhetoric, coming out of issues like globalism and climate change and many others, each of which similarly, although in various degrees perhaps, looks to uncover and punish the sinful. Remember, “Soylent Green is People.”

Part of the reason that this rhetoric becomes attractive even on the left is that conditions in the world really are frequently as awful as can be imagined and in fact worse. War, starvation, massive capitalist piracy: these aren’t conspiracy theories but social realities, even as none of them really indicate with certainty that after centuries of being prophesied, the Day of Doom is finally at hand. Or as I once put it in one of my books, the problem with Total Destruction is that it happens to someone somewhere in the world every day. Apocalypse is ordinary.

Still, I think we need to be cautious about Doomsday Rhetoric because of the way it plays so easily into a conservative, fear-mongering view of the universe, one in which each of us gets to play the hero by punishing the guilty and saving the righteous. I think it plays into that world view too much even when it comes from the left.

There may be moments, I suppose, when Doomsday Rhetoric might be useful from a leftist perspective, although I tend to be skeptical of it whenever I hear it. On the whole Doomsday Rhetoric remains an obfuscation, one that lends itself not to an understanding of political realities so much as to a titillating religious mythology, one that no doubt even has exciting sexual undertones. Face it: somewhere in the desire for Doomsday is the desire for The Final Orgasm.
Posted by mark wallace at 10:26 AM

if it bleeds, it leads

Robert Frost couldn't make up his freaking mind fire / ice / fire / ice and the rhyming was too simple ---- a kind of Doomsday Lite, you might agree. Less Filling. "Well, perchance it will be a betteen hot and perchance it will be a betteen chilly" and abab abab. Americans, in the submodern era have chosen to engage in Personal Doomsday by filling their bodies with so much fat that they might, each, individually, explode. I mean, even Hurricane Katrina was said by some to be punishment for the sinfulness of New Orleans. Hmmm. Not the slave trading of yore but certainly because New Orleans gave us jazz. Doomsday Rhetoric should of course be a college major or PhD specialty, so one could pursue a job in Composition and Doomsday Rhetoric, am I right? You've said it best, my friend -- a great post. -------BA

It's not a way of looking forward but a way of looking backward. I think that the people who want to see doomsday are people who would like to get rid of the modern and the contemporary. They want to travel back to a simpler time where families went to church on Sundays and teens waited to have sex after they got married and moms stayed home and made soup. And there was no Britney Spears or Barack Obama or Californication corrupting everybody and his sister.

The new world is a frightening place for such people, and I think they think that if the new is destroyed we'll go back to those Ozzie and Harriet Happy Days.