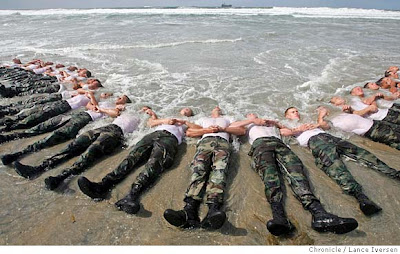 I’m continuing to look for a good work of literature, novel or other, about San Diego and the surrounding area, preferably a book I could teach that would give students a chance to consider the history and social dynamics of the place where they live. The San Diego area has not been the subject of much literature. There are a few recent novels about it that I’m aware of, but all of them are ultimately too imperfect for my needs.

Although I took classes years ago as an undergraduate that covered some regional literature (then often referred to as “local color”) such as Sarah Orne Jewett’s Country of the Pointed Firs, it has been a long time since I’ve heard much discussion of regional literature. It’s not a subject talked about much on the east coast. But there seems more need for it here in North County San Diego, where students often have a limited sense of their own cultural history. San Diego as a city and surrounding region was very much created by military and real estate interests and the connections of those to an often virulently right wing government. Those social forces have significantly shaped what this area has to offer and (more importantly maybe) what it doesn’t.

Here are some brief takes of the few San Diego novels I’ve read. I’m not sure how many more there are. If you know of other good, readable, recent regional novels about San Diego, other areas of California, or anywhere at all in fact, I’d love to hear your suggestions.

The first two thirds of this book are the best novel about San Diego and its history that I’ve read. Set in the days leading up to WW II, this coming-of-age tale traces the social and political tensions in the San Diego of that era, centering on the narrator’s left wing sympathies as he grows up and his conflicts with others regarding love, sex, family, work, class, the military, and politics.

Unfortunately the last third of the book consists of two other much less successful sections. One briefly summarizes the narrator’s WW II experiences and another covers the rest of his life in a few short chapters. Both sections are rushed, awkward, and unengaging. I’ve rarely read a book that I enjoyed so much that fell apart so completely.

One demerit about the first part of the book. Much of the action centers on the narrator’s work for a left wing newspaper in San Diego in the 1930s and early 40s, and the conflict between that newspaper and other citizens and politicians. Those sections are some of the most important in the book. But when I heard Oakley Hall read from the novel only a few months before his death at age 87, he pointed out that actually there wasn’t a single left wing newspaper produced in San Diego during that time period (that’s right: none), although there was some labor organizing and resistance. On the one hand, fair enough: the book is fiction. On the other hand, as fiction, the book rather severely distorts the facts about the role of leftist struggle in the area prior to WW II. For my purposes that makes it much less useful.

Different context, similar problem. The first half of this action thriller does a fantastic job describing the border lands between Mexico and the U.S. just south of San Diego and the political and sociological conditions of life there, with its poverty, crime and environmental degradation. The book traces brutality, indifference, and racism in a strange world that few people outside that specific local region know about. Powerful and eye-opening.

Once the criminals emerge more clearly, however, and go on their relentless search to kill the protagonists, the book’s action becomes increasingly ridiculous. A scene of our hero riding on a literal great wave of personal triumph and transcendence near the end of the book is jaw-droppingly bad. I spent most of the second half of this book laughing at the action, and I hurried to the end out of a sense of duty and a desire to see just how ridiculous things would get. The answer: even more ridiculous than I thought.

I really wanted to like this novel. Miller is one of the co-authors along with Mike Davis and Kelly Mayhew of the most important book that I’m aware of about San Diego, the non-fiction social history Under the Perfect Sun: The San Diego Tourists Never See.

Drift is a good example of why polemics don’t always make convincing fiction. The actions of almost all the characters are designed to prove Miller’s points about the political corruption and social failures of contemporary San Diego. In fact some of this novel seems to borrow almost verbatim the history of rebellion and labor activism in San Diego that Miller wrote about in his section of Under the Perfect Sun, since the main character (like Miller himself) is an expert on that history.

The many sections with their many characters do have some vivid moments that create a picture of the kinds of lives people live in the San Diego and Tijuana areas. And the characters are at least sometimes well-rounded and subtle. But the main, longer running thread within the intertwined stories seems guided by such a heavy polemical hand that the tragic and disastrous elements of the book ring entirely false. As a writer, it’s difficult to create a convincing story for your characters if you’re determined to ruin their lives because you want to prove what’s wrong with San Diego. The result is no more convincing than those moralistic TV afternoon specials in which teenagers who drink alcohol at minute ten have to die at minute fifty.
Posted by mark wallace at 8:16 AM

Jani Scandura (who now teaches with Maria Damon at U of M) wrote a book on the role of "emerging" or thoughtlessly developed cities in the literature of the 1930s--Reno, Key West, Hollywood, and Harlem. Not San Diego exactly, but I wonder if it'd give you some ideas for the sort of course your describing. It's called (google google) "Down in the Dumps: Place, Modernity, American Depression."

If Country of the Pointed Firs is Regional Literature I Don't Want to Be National.

What about Jeff Weinstein's Life in San Diego?

Thanks for these book suggestions.

Rodney, I'll check that out. I like the concept of the "thoughtlessly developed" city.

I'd never heard of that book, Jordan, or Jeff Weinstein, but I found a cheap copy online and it's on the way. Long out of print, it seems. "LIfe in San Diego" is long out of print. Food for thought, that.

Too bad you cain't get no Day of the Locust for San Diego. It might be Day of the Debenture? Day of the Alien Roundup? I dunno. One thing I learned as an economist (!!!) was that if you can't get a book about San Diego, then figure out another place in the country or the world that's as similar as you can get (a "comparable") and then find a novel about that place. So, I guess I'd agree with Rodney, if that's what he's saying. (Dude: You and I ate cheeseburgers once on a snowy day in D.C.; you won't remember; other people were there; I was class clown). What place is like San Diego, though. That's the question. A rightist villa in a (generally) leftist state. Kansas City? I mean, maybe what would f*cken be cool is, not an urban design or history course (taught at my institu.) but a lit class organized around the city; how the city may defy its general environment, and that could be socially, economically, environmentally (Tucson? Alaska?), politically, and so forth. Anyhow, as always, I. Do. Digress. Whirrrred. --------------BA

It's old and Romantic, but there's Helen Hunt Jackson's _Ramona_, which I find surprisingly readable and discussable.

Chek out Hall's other books, especially The Corpus of Joe Bailey.

what about t.c. boyle's _tortilla curtain_? granted, it's not set in san diego per se, but i'd say it pretty well pinpoints certain aspects of southern california regional history & racial & class & and socioeconomic issues quite well. boyle's a very good writer, a consummate satirist and a so-cal transplant.

Hey Mark. Don't know what bearing this might have on your thoughts, but I'm teaching this class in Seattle next month.

Setting: not just a convention—and the less conventional it is, the sexier a story or an essay. Tennessee Jones’ badlands; James Lee Burke’s Louisiana; Benjamin Percy’s Oregon; Junot Diaz’s New York; Donald Ray Pollock‘s bruised hometown of Knockemstiff, Ohio. Somehow, as we globalize by the nanosecond, haunting literature of place has found a great audience in the literary market. We’ll wash our tent poles in this stream of localism: through the “new masculine” of Percy or the ocean hopping eyes of Diaz. We’ll come out the other end with an essay or short story that spotlights where we come from.