Gertrude Stein is Overrated Because of Men 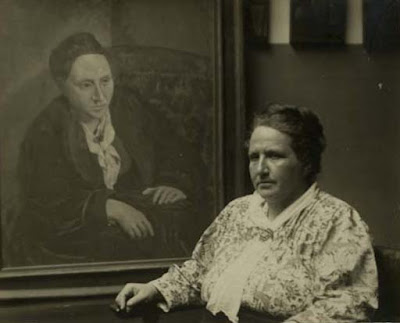 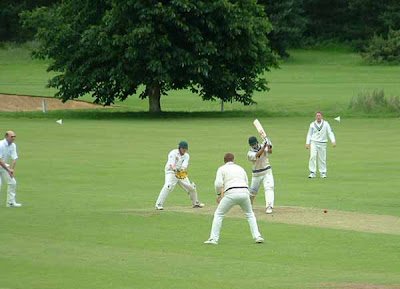 In an interview done by Karen Winkler for the publication of Elaine Showalter’s new book, A Jury of Her Peers: American Women Writers From Anne Bradstreet to Annie Proulx (Knopf), described as a “600-page survey of known and not-so-known authors,” Showalter answers one question in a way that really surprised me:

Q. You say a literary history has to make judgments. Give us an example of whom you see as overrated, whom underrated?

Overrated: Gertrude Stein. She played an important role in the development of modernism, but she played it for men. And she is just not readable. She became viewed as a "sister": That doesn't sanctify her work. We can criticize it.

The idea that Stein is unreadable is hardly new, although I’m a little disappointed that such a well-known scholar as Showalter finds work unreadable that not only I have read with pleasure, but many of my undergraduates as well—Stein often ended up being the favorite writer of many students who took a class I used to teach on Modern American Poetry at George Washington University. Still, the unreadability charge, no matter how transparently incorrect, is one I’ve heard many times. Beyond a bit of bored bemusement, it doesn’t get much of a rise out of me anymore.

The point that surprised me though was the idea that Stein played an important role in modernism but only, apparently, for men.

My goal here isn’t primarily to criticize that idea, although I will a bit. Instead, I simply don’t understand it. What does it even mean to play a role in modernism only for men? Can someone explain that?

For instance, I hope Showalter doesn’t mean that Stein wrote on subjects only of importance to men. Leaving aside the problem that if she’s unreadable, it wouldn’t be possible to know what subject she was writing on, there’s nothing inherently masculine that I can identify in the subjects that she writes on: reconsidering of the value of the domestic in Tender Buttons or exploring lesbian sexuality in “Lifting Belly” are only two examples of subject matter that hardly strike me as masculine.

(Note: by unreadable, I know that Showalter probably means "no fun to read," but still...)

Does Showalter mean that the way Stein wrote was only of interest to men? That her concerns with the nature of language and representation are theoretical concerns that only men care about? That one seems wrong also, given the significant influence Stein has had on many women writers since, whether Lyn Hejinian, Joan Retallack, Harryette Mullen or many others.

Does it mean that, politically and socially, Stein’s writing, and perhaps her behavior (“played a role for men” doesn’t automatically suggest that it’s Stein’s writing under consideration here) played no role in the development of feminism or the history of feminist literature? Here I’m a little out of my own area of expertise. I don’t know enough about Stein’s relationship, say, to the Women’s Right Movement in the U.S. or any other kind of feminist social action, so I suppose it’s possible that she had no connection to women’s political movements in her own time, without quite believing that the phrase “played a role (only) for men” really expresses the problem adequately. And again, since many feminist writers of later generations (again, see short list above) have been very influenced by her work, how can it be true that her role was played only for men?

Can anyone help me? What does Showalter mean here? And is the point uniquely her own or have others made it and I’ve simply never heard it before? Is there a discussion going on among experts on women’s literature about what makes literature “for men” or “for women” that involves grounds by which Stein might be seen as a writer for men?

Thanks for anything you can tell me.
Posted by mark wallace at 7:58 AM

My first reaction is who is Showalter? And then, I guess I must be a man. And then, why are we hearing this now? And then, winnowing arguments are so dull. And then, as you did Mark, begin tallying all the Steinian influenced writing by women and then, really, are we back here again?

Of course I know who Showalter is...

I saw that too. I think it's truly incoherent. I don't believe anyone can explain what she means.

She also said that Sylvia Plath is underrated. Say wha? She's like the first poet so many people my age ever read...

it's a sufficiently baffling statement, why not email her and ask?
elaines@princeton.edu

p.s. showalter's ideas about what constitutes "female literature" are notoriously essentialist, and her aesthetics are not terribly progressive (scroll down the amazon page for a jury of her peers for an "Amazon Exclusive: Elaine Showalter's Top Ten Books by American Women Writers You Haven't Read" and you'll see it includes nothing that's even remotely progressive to my knowledge), so it's not at all surprising that she would misread stein so profoundly.

Maybe she is mad that Stein hung out with Hemingway and became a sort of mentor figure for him? Heaven forbid a woman's work inspire the men of modernism! ;-)

Tom do you really think Stein is "progressive"? I think that's probably Showalter's proble. She wants her books to be progressive. Stein is ludicrous (sp?). I don't knwo about you, but that's why I love her. But then I'm a man-man.

Literature without Stein would probably not even be worthwhile. But I don't think she was progressive. She was very center-right. And her way of being experimental was rather elitist I think--which is a problem for a progressive writer, but not for a center-right one. Also her claims about genius are both very annoying and the primary justification for her experimentation.

But I am a guy. . . Maybe Showalter is arguing that Stein created a mode of feminine writing that was mostly used by guys to develop their nonlinear thinking (which I suspect was gendered feminine in the sexist discourse of that time)? But anyway Showalter's presentation of literature, from my point of view, makes it rather bleak--constrained by notions of genre to the point of irrelevance.

Neither a "good feminist" nor a conventionally feminine woman, Stein is simply far too complex for Showalter's earnest simplicities....

Stein is inimitable because she's so easy to copy. No one who reads literature would fail to notice it if someone tried to write like Stein. There's something amusing in it -- like the art of writing poems badly(Flarf) -- Stein's prose is unlike any other. No one wrote like her before her; if someone did, it had been Showalter's job to ferret that out in making her judgment. In a foreword to my own prose poems, I criticized Janet Malcolm for trying to decanonize Stein in her NYer articles. What bothers these critics about Stein is that she is fun, not that she isn't. They claim that she doesn't "make sense" and so is without fine critical readers (not true) -- and that to "make sense" is art's objective.

Being anything, which our critic is doing here, is not interesting. How can you diss the woman who wrote "Roastbeef" as one word? and sometimes with an exclamation mark, "Roastbeef!" at that? I suppose that Roastbeef is for men and that Roastbeef! is male and that maybe, maybe a critic woke up one morning with almost anything to say except Yes.

I wouldn't look too deeply into it, Mark. Anyone lightly dismissing Stein isn't really thinking, so it's a bootless pursuit to parse her words carefully. She probably just doesn't get it.

This is the Showalter that claimed that gulf war syndrome was an example of male hysteria. Dismissing Stein in the least of it.

I just wrote a lengthy blog entry entitled "In Defense of Gertrude Stein" criticizing Showalter's position; you can read it at my blog. The interview with Showalter I quoted is different than the one above, as she doesn't mention men, but instead claims that Gertrude Stein is only read by academics.

Of course Stein is unreadable. What Showalter meant was that she played her real role as a mentor to other writers, mostly men. Women, for her, were weaklings for her to sleep with. She was a smart, powerful, respected personality. But no, she was not a writer of any significance. I think Showalter just assumed the people she was addressing would look at things without the bias of political correctness and work with known facts in search of the truth of things.
So yes, she is correct. As a writer of fiction, poetry or whatever you care to call her work, Stein is vastly overrated to say the least.