My upcoming readings featuring The Quarry and The Lot 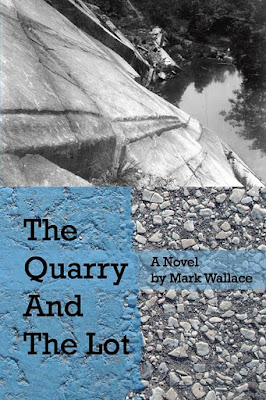 I have several readings coming up soon in Southern California, one in San Diego and one in Los Angeles. If you’re nearby, come on out.

Upcoming Southern California readings for The Quarry and The Lot

In Los Angeles:
Saturday, November 19, 8 p.m.
The Empty Globe Literary Series
with readings also by Bruna Mori and Adam Novy
At:
Pieter
420 West Avenue 33, Unit 10
Los Angeles, CA
$5 donation
*please park on the street, and not in the lot
The Empty Globe series is curated by Amina Cain


Bruna Mori is a writer, and educator, preoccupied with peripatetics. Her books include Derivé (Meritage Press), with paintings by Matthew Kinney, and Poetry for Corporations (forthcoming from Insert Press), exploring the unregulated drift of people and commodities through cities. Since moving to La Jolla, she has turned her attention to the suburbs, with photographer George Porcari, in a collaboration titled “Beige.” She also teaches in the writing program at the University of California at San Diego, and writes for a nonprofit design and media firm called Lybba founded by filmmaker Jesse Dylan, dedicated to open-source health advocacy worldwide. She is also Lucien’s mom.

Adam Novy is the author of a novel, The Avian Gospels (Hobart). He lives in Southern California.

Mark Wallace is the author of more than fifteen books and chapbooks of poetry, fiction, and essays. Temporary Worker Rides A Subway won the 2002 Gertrude Stein Poetry Award and was published by Green Integer Books. His critical articles and reviews have appeared in numerous publications, and he has co-edited two essay collections, Telling It Slant: Avant Garde Poetics of the 1990s, and A Poetics of Criticism. Most recently he has published a novel, The Quarry and The Lot (2011), and a book of poems, Felonies of Illusion (2008).


On The Quarry and The Lot:

Mark Wallace's The Quarry and The Lot is a big, complex, tender, angry, haunted charting of how each of us is many strangers, any past many pasts, our biographies always-already written by others. Ultimately, though, for me it's about that bland, dangerous medication called the American suburb--how, once you've had a taste of that stuff, it's almost impossible to kick, even as it turns you into a ghost, or a guerilla, or, sometimes, both at once.
--Lance Olsen, author of Calendar of Regrets and Nietzsche's Kisses

For more details about the book, go to:

http://www.blazevox.org/index.php/news/the-quarry-and-the-lot-by-mark-wallace-34/
Posted by mark wallace at 11:49 AM