Mark Wallace Never Commits Himself? Part Three: Above the Fray 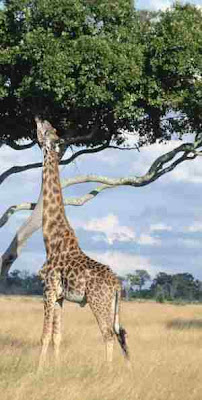 Thanks for this long and thoughtful post; I guess we'll see how large the poetic blogosphere attention span really is.

Let's take it, as they say, point-by-point. I don't really want to talk more about your comment about Kenny's post, because frankly, even after your explanation of it, I still don't understand it. Playful is always good, to my mind, but we disagree about the word "relevant" - I think poetry can still be relevant . . . and current, and topical, and pointed, and political. And playful. And I think poetry that does all that would be highly relevant. Maybe we can get into cases a bit later on. (By the way, Kenny looks a lot like me in that video - does he, really?)

In fact, the only reason I mentioned that comment at all was because I thought it represented a tendency I've observed in your blog writing (whether your own or in comments): that is, you go all around the subject - you summarize the various perspectives that might possibly be entertained about whatever issue you're writing about without ever really adopting any of those perspectives: instead, you're "above the fray." That might be one way of defining what "thinking through" an issue is - and if that, and that alone, is the intention of your posts on this blog, then we can stop the conversation right here - my bad.

But thinking, for me, also includes judgment and decision . . . and, yes, assertion. I think it's possible to be assertive without descending into calcified clichés. Can't someone assert his or her opinion about poetic matters without intimating that the people who don't agree suck? I agree that any assertion is a "questionable half-truth," as you have it, merely a way station along the road. But a thoughtful or provocative one might provide an occasion for refreshment, for nourishment, for conversation - for thinking - before setting off again. In the best of circumstances, that's what any poetic assertion or manifesto has always done: "make it new"; "the musical phrase, not the metronome"; get the breath in; call the blonde (not LeRoi); fishes and bicycles.

Boring is boring is boring, Mark, but the mere act of debate, or asserting claims and counter-claims, can never be boring in and of itself: it's the foundation of argument. I don't know if you ever have to teach argument, but I have to teach plenty, and I take things like logical fallacies and evidence and persuasive rhetoric seriously, as building blocks to thought. And the last I heard, poets can still think, although I wouldn't want to make that universal.

And yet, we're living in an inconvenient time for that to be true. I've always valued satire and sarcasm and harsh irony - modes of implicit judgment, by the way - as valuable poetic techniques, but as I wrote to you back-channel, it seems as if cultural relativism (or, sigh, "political correctness") is the only game in town these days, so that anyone who's alarming or provocative or insinuating is immediately guilty of insulting somebody's precious sensibilities (I'd like to keep gender out of this, by the way - I'm sure you're right that men exhibit more jackass behavior on blogs and listservs than women, but surely both sexes are capable of it).

Other people will obviously have to be the judge of this, but as a careful writer, I always try to avoid clichés and conventions and calcified thought - wouldn't any writer worth his or her salt do the same? (Actually, I'm a fan of the outrageous, which is one reason why I like Nada's writing so much.) But even if your characterization of my writing as "old school, sixties assertive leftist reportage" is completely off base, there IS one thing that marks me as thoroughly 20th century and a member of the derriere-garde - and it gets back to that idea of relevance, or reference - I like it. I dig it. I think poets can, and should be, "the antennae of the race," and also be investigative journalists, as Ed Sanders argued in an essay 30 years ago. I most value the poets who have been. (And by the way, I've liked, a lot, all the posts of Mark Nowak and Linh Dinh that I've seen on the Harriet Blog.)

Language poetry as "challenging assumptions"? Please. "Moral didacticism"? The most recent example of that I know is your post here, even if I was afraid of the word "moral," which I'm not. "Limitations of the language"? Possibly, if one indulged in revolutionary clichés of one sort or another, but I've already said that any serious writer can't do that.

So where does that leave us in this Southern California wasteland? I've already told you that some of the language in my first e-mail to you was not only intemperate, but contemptible (and if you think that was contemptible, you should have seen what I said about Ron Silliman on Patrick Herron's listserv six months ago). But the fact remains that you and I have serious differences about what poetry can and should be. And I think that's great - I think people SHOULD have these differences, and talk them out, exactly as you've given me the opportunity to do here.

Anybody who knows anything about me knows that Ed Dorn was an important friend and influence on my life. One of his pieces in Abhorrences is called "The Protestant View" -

that eternal dissent
and the ravages
of faction are preferable
to the voluntary
servitude of blind
obedience.

I'm Jewish, but I agree with this pro-TEST-ant view, and always will. And what I most value is clever, witty, intelligent, gorgeous and graceful writing that somehow asserts something . . . and I always will.
Posted by mark wallace at 9:28 AM

Describing the world of poetry as a fray strikes me as being inaccurate, limiting, and macho. Really? If that were the case, than I’d have blown poetry off immediately and stayed purely in politics. Or I would have just gone and married some Washington, DC policy wonk and planned lavish catered dinner parties. One reason I like poetry is because it allows for ways of interacting, and being confident and assertive that aren’t about men yelling at each other and beating each other up while I wave pom poms from the sidelines. The world of poetry isn’t a brawl or a sports match, even though I think some people would like it to be. It’s much more complicated.

As I’ve noted on my blog and elsewhere, poetry and extended art communities have shown me that there ways of living in, interacting with, and responding to the world that are different than many of the values I grew up with and encountered elsewhere. The public-policy word of Washington, DC was a fray, and most of the classes I took while studying political science were a fray. Some parts of blogland are a fray, but blogland is hardly a complete representation of the world of poetry. I sometimes enjoy macho bouts of verbal showmanship—I find them energizing and sometimes I learn from them. But they can be tiresome and absurd, especially if they’re approached as some kind of a formal requirement for productive conversation.

Listen, this has already been embarrassing enough, and I've pretty much said what I had to say, so maybe it'll be over soon. But since you mention gender here, which I specifically said I didn't want to get into, I just want to say: I'm a man, and this is a sample of my prose style. I don't particularly think it's "macho," but if you do, I can't do much about it. Women, too, can be acerbic, and sometimes have disputes and debates -- when they do, should we call them "macha"? What's to be gained?

Productive conversation is what it's all about, and I think any way to get there is what blogs should try and foster. I don't like them myself; I've always preferred listservs. But this is how poets talk to each other these days, so I stuck a toe in the water. I'd much prefer, as you say, to swim in complicated and non-combative streams where people interact in strange and quiet ways. And I'd wave pom poms for you any time!

No real need to belabor this point, but yes, of course women can be acerbic and confrontational (though when was the last time you heard a man described as "acerbic"?) Moreover, I think that poets hanging around saying nice, congratulatory things to each other is just about as stupid as headbashing debate, though both approaches have their perverse pleasures, clearly. I don't have a problem with your prose style, macho or no, what I take issue with is your description of the world of poetry as a kind of traditionally masculine brawl. I don't have a problem with your style, as much as the content of your argument.

I don't doubt that you didn't want to get into gender in this conversation, but in all friendliness, gender is all over the implications for the kind of communication you suggest you're interested in.

I don't know if I prefer blogs to listservs...both forms work better when the people talking to each other actually have some kind of shared context. I admit I like blogs because I can moderate the creepy weirdo comments and because it's a space I can control. On the other hand, listservs are interesting for exactly the opposite reason.