“Against Unity,” for the AWP Hybrid Aesthetics and Its Discontents Panel 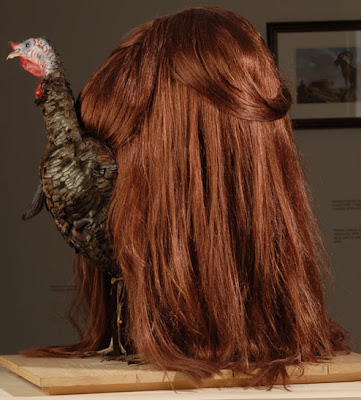 The paper I’ll be giving next week, at AWP, “Against Unity,” is too long for the time allotted, so I’ll be reading only (hopefully well-chosen) portions. I’m going to have to cut most of the introductory paragraphs, so I thought I’d post the opening of the paper here, since people at the conference will not be hearing most of this part. I may post the rest of the essay later, after I get back from Denver.

“And the followers of Namirrha were the dead of strange kingdoms, the demons of sky and earth and the abyss, and the mad, impious, hybrid things that the sorcerer himself created from forbidden unions.”


In one of his many overwrought, Modernist art deco (and finally morally conventional) horror fantasies, “The Dark Eidolon,” Clark Ashton Smith, a compatriot of H.P. Lovecraft, describes a notion of the hybrid helpful for thinking about the term in contemporary poetics. Smith’s definition provides a worthwhile vantage point for considering the shortcomings of hybrid literature as it has been defined in The American Hybrid anthology as well as in a related series of anthologies and terminologies, including Lyrical Postmodernisms, The Iowa Anthology of New Poetries and the notion of “third way poetics.”

Hybrid things, in Smith’s formulation, are the opposite of pious ones. The deformed births of taboo sexual contact, these hybrids were never supposed to exist, although the issue of who supposes so is crucial. The host of hybrids that should not be, but are, are linked not simply to what has existed and been forgotten but to what has been rightly forgotten by all right-thinking people.

Smith was primarily a playfully grim aesthete. Anyone who knows anything about Lovecraft however, who was perhaps the most important writer to publish in Weird Tales in the 20s and 30s, knows that for Lovecraft the essential impure hybrid was racial miscegenation. Yet Lovecraft’s virulent racism masks an even deeper fear of any sexual contact whatsoever. In Lovecraft’s fiction, almost all sexual unions seem forbidden. It’s not so much that some creatures shouldn’t touch but that touching itself is disgusting.

In this context, the hybrid rejects the belief that something is best when unified in and of itself, untouched (that is, uncorrupted) by things outside it. The value of the untouched thing remains an assumed good in many contemporary discourses, including political, cultural and literary ones. Any use of the word “object” for instance is usually marked by singularity: an object holds together, is distinct. Artistic objects have often been discussed in terms of their structural or thematic unity. The same is true for concepts of tradition, school, or movement: if those are distinguished by similarity rather than untouched purity, they are still marked by a unity that defines itself through what it rejects. A tradition whose values have changed beyond recognition is no longer a tradition. A school that has no unity, whether of theme or technique, is simply not a school. Denying that your particular group of similarly-inclined artists has anything in common is the same as denying that they even are a group.

In literature, the hybrid distorts the normal unifying marks of many literary concepts. Genre, technique, tradition, the identifying marks of a movement or school: in the hybrid, all these things are subject to mismatching and deformation. Yet in many recent poetry anthologies, a seeming belief in the hybrid’s impure multiplicity ends up being used as a way of reinforcing a pure singularity. Belief in unity seems to hang on tenaciously even when invoking a hybridity that on the surface seems meant to displace it. Like too many readings of Lovecraft, we can be too quick to celebrate that we are not racists while simultaneously remaining unaware of how many ways we continue to live with the fear of being touched.

Perhaps no concept better represents confusion between desire for the multiple and for the pure singular as the political notion of The People. Is it singular or plural? Of course the word means more than one person. Add a definite article though and the phrase, “The People” is also singular, one of those tricky group entity singular nouns. When “The people speak with one voice,” as during the French Revolution when the concept of The People was a highly efficient tool for killing people, are they many or are they one?

The literary question is, how has the tension between the singular and the plural, the pure and impure, people and The People, the solid object and the melted one, the traditional and anti-traditional, the (singular and multiple) school or group and the (also singular and sometimes multiple) individual writer manifested itself in recent poetics discussions about the value of hybridity? And how much of the problem depends on the definition of hybridity that one works with?
Posted by mark wallace at 7:50 AM

This is one of the very few panels I checked off as ones I want to go to! I'm going to try hard to make it.

I'm looking forward to it, too!

ps I read that as "forbidden unicorns!"

Looks good. I'll be there. When is it?

In any case: the panel is 9 a.m. on Friday. Apologies to all for the unpleasant hour, but of course the decision wasn't ours.

Thanks for helping to spread the word about the panel, Mark. I look forward to meeting up in Denver!

Hmm, it's been having spasms. Same thing happened to Elizbeth Treadwell. Please email me your comment and I will put it up.

9 am is perfect. It's all downhill from there.

Actually, I meant your comment above, Johannes. Last night, I tried to post it and it disappeared--then, this morning, 12 hours later and about an hour ago, it reappeared and I posted it again and this time it showed up.