What Is A Lyric Poem? 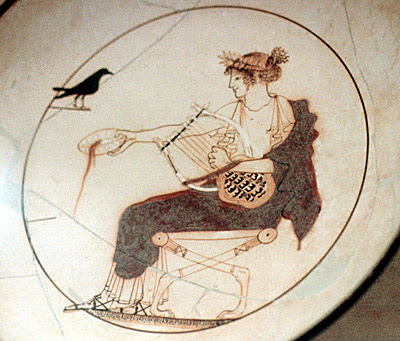 Lyric Poetry consists of a poem, such as a sonnet or an ode, that expresses the thoughts and feelings of the poet. The term lyric is now commonly referred to as the words to a song. Lyric poetry does not tell a story which portrays characters and actions. The lyric poet addresses the reader directly, portraying his or her own feeling, state of mind, and perceptions.

A short poem with one speaker (not necessarily the poet) who expresses thought and feeling. Though it is sometimes used only for a brief poem about feeling (like the sonnet).it is more often applied to a poem expressing the complex evolution of thoughts and feeling, such as the elegy, the dramatic monologue, and the ode. The emotion is or seems personal In classical Greece, the lyric was a poem written to be sung, accompanied by a lyre.

A type of emotional songlike poetry, distinguished from dramatic and narrative poetry.

Lyric poetry is a form of poetry with rhyming schemes that express personal and emotional feelings. In the ancient world, lyric poems were meant to be played to the lyre. Lyric poems do not have to rhyme, and today do not need to be set to music or a beat.

Highly musical verse that expresses the speaker's feelings and observations. In ancient times poems were sung with accompaniment from a lyre. Modern lyric poems, although usually not sung, still possess musical qualities

A short poem of songlike quality.

Lyric Poems such as a sonnet or an ode, express the thoughts and feelings of the poet. Lyric poems do not tell a story which portrays characters and actions. The lyric poet addresses the reader directly, portraying his or her own feelings, state of mind, and perceptions.

Of or relating to a category of poetry that expresses subjective thoughts and feelings, often in a songlike style or form.

Lyrics are the written words in a song. Lyrics can be written during composition of a song or after the accompanying music is composed. Sometimes, however, music is adapted to or written for a song or poem that has already been written. Not all lyrics generally make sense or are even intelligible. This has long been a plaint about the work of rock and roll lyricists, although it doesn't pertain only to that genre of music. From the Greek, a lyric is a song sung with a lyre. Now, it is commonly used to mean a song of no defined length or structure. A lyric poem is one that expresses a subjective, personal point of view.

Through the years, three main kinds of poetry have developed: lyric, narrative, and dramatic. Lyric poetry is any short poem. Narrative poems are ones that tell stories, an epic or ballad. Dramatic poetry also tells a story, but in this case one or more of the poem's characters acts out the story.

On the ancient Greek stage, a dramatic production often featured a chorus, which was a group of speakers, who commented on the action of the play. When a single individual sang or spoke more personally and accompanied himself on a lyre, the verse was called lyric. Thus, our present designation of lyric poetry includes personal, individual emotion. The lyric does not tell a story as an epic or narrative poem does. Most poetry as we think of it is lyric poetry. There are many subdivisions of lyric poetry. The weakest form is the song, especially popular songs that are heard frequently on the radio. With the exception of the hymn and chant, most songs do not achieve the level of true poetry, even though they employ some poetic devices. The words to songs are often inaccurately referred to as “lyrics.” The entire song is the lyric. The next best-known lyric is the sonnet, which may be in the Petrarchan or Italian form, Elizabethan or Shakespearean or English form, or the American or innovative form. The Petrarchan takes its name from the 13th century Italian poet Petrarch. The Petrarchan sonnet consists of two stanzas: an octave of eight lines with the rime scheme ABBAABBA and a sestet of six lines with a varied rime scheme CDE.

A poem, such as a sonnet or an ode, that expresses the thoughts and feelings of the poet. The term lyric is now generally referred to as the words to a song.

In ancient Greece, lyric poetry was sung to the accompaniment of a musical instrument called a lyre, and its subject matter embraced thoughts and sentiment, rather than heroic deeds or other classical subjects. Housman's "Loveliest of Trees" provides an example of the personal insight associated with lyric poetry: "Loveliest of trees, the cherry now/Is hung with bloom along the bough/And stands about the woodland ride/Wearing white for Eastertide./ Now, of my threescore years and ten,/Twenty will not come again,/And take from seventy springs a score,/It only leaves me fifty more./And since to look at things in bloom/Fifty springs are little room,/About the woodlands I will go/To see the cherry hung with snow."

Meaning: A short poem of songlike quality. Classified under: Nouns denoting communicative processes and contents. Synonyms: lyric poem; lyric. Hypernyms ("lyric poem" is a kind of...): poem; verse form (a composition written in metrical feet forming rhythmical lines). Meronyms (parts of "lyric poem"): strophe (one section of a lyric poem or choral ode in classical Greek drama); antistrophe (the section of a choral ode answering a previous strophe in classical Greek drama; the second of two metrically corresponding sections in a poem). Hyponyms (each of the following is a kind of "lyric poem"): ode (a lyric poem with complex stanza forms).

Lyric Poem Pictures. Click any thumbnail below to go to the full-sized version of that picture or photo.

A poem with song-like qualities, usually employing sensory details to convey an emotional experience. Lyric poems can become songs with the addition of a tune. Ballads and sonnets are popular forms of lyric poems.
Posted by mark wallace at 11:13 AM

Nice post, man. Thanks. I appreciate the various definitions, and you might think of this post, with some adjustment, as a creative piece in and of itself.

I just had to leave another comment because my verification word was PREAMP. Like the AMP before the AMP.

I agree with Lorraine -- I like this piece as a piece. Just don't stick up no convenience stores with it.