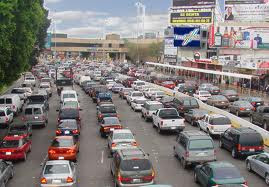 If you're in or near the San Diego Area, I hope you'll head out and join us at the &Now Literary Festival on the UC San Diego campus, from Thursday October 13 to Saturday October 15.

Here's the panel I will be part of, along with a great group of other writers, and I'd love to see you there.

featuring talks, readings, or performances by:

"Yes, the only place on earth where all places are-seen from every angle, each standing clear, without any confusion or blending" (10-11)

…"Then I saw the Aleph…. And here begins my despair as a writer. All language is a set of symbols whose use among its speakers assumes a shared past. How, then, can I translate into words the limitless Aleph, which my floundering mind can scarcely encompass?" (12-13)

This panel will highlight innovative literary approaches that engage with the social geographies of San Diego. Los Angeles is often the social, critical and artistic space in which writers explore literary geographies. In "Taking Los Angeles Apart: Towards a Postmodern Geography," Edward W. Soja asks, "What is this place? Even knowing where to focus, to find a starting point, is not easy, for, perhaps more than any other place, Los Angeles is everywhere" (222). While Los Angeles might be everywhere, San Diego often seems like the nowhere which desires but has never developed the cultural projection and ideological reach of Los Angeles. Yet because of this, the social geography of San Diego is a fruitful space in which to explore how American spacial and temporal fantasies about play out.

We take the phrase "social geography" to include issues of natural landscape, human created landscapes (rural, suburban, and urban, and all other ways in which humans shape the environment), and the political, cultural, and psychological goals and effects of human interaction with the physical world. By positioning textual worlds as spaces which exist in creative tension with the material spaces in which readers and writers live and move, engagement with social geography can extend conventional understandings of literary art's social consequence.

Borges noted that language and description tend to be linear and sequential. However, attention to social geography allows us to envisage and describe the simultaneity inherent in all landscapes. This discontinuity both separates and links time (history) and space (geography). In Postmodern Geographies: The Reassertion of Space in Critical Social Theory, Soja notes, "Prophesy now involves a geographical rather than historical projection; it is space not time that hides consequences from us" (22). The spaces of San Diego are particularly adept at hiding consequences.

While the methods of describing landscape and environment in conventional poetry and fiction are well known, how do writers working with more innovative literary structures approach the problem of describing, or otherwise engaging with, social geography-especially in the spaces of San Diego which are so adept at hiding consequences?

Lyn Hejinian's phrase, "We are parting from description," articulates how some innovative literary approaches of the past twenty years have been resistant to the idea of referential social realism in description.  Yet many innovative writers in recent years have been considering non-conventional ways of engaging with specific social geographies. Bhanu Khapil's Humananimal and Allison Cobb's Green-Wood, for example, consider how ideology is embedded into social-geographical forms that are commonly understood to be "natural" or transparently factual.  As opposed to more conventional notions of writerly description as removed, unbiased, objective, and totalizing, these more experimental approaches engage with social geography in ways that are fragmentary, partial, ruptured, oblique, subjective, or layered, while recognizing that any form of description intervenes in and shapes the environment it engages rather than standing impartially outside it.

The fact that UCSD is hosting the 2011 And Now Festival makes the 2011 festival a perfect occasion for highlighting recent work that has engaged specifically with the social geography of the San Diego region and Southern California more broadly. San Diego has never been a significant center of literary activity in the U.S., and even to the present day, investigations of the San Diego region in literature remain relatively rare. At the same time, the social geography of San Diego is a complex, troubled one. Urban and suburban expansion, border culture and politics interact with fragile local ecosystems in a way that leads to a variety of unique social and ecological problems, but problems that are also indicative of larger global changes.

In keeping with its focus on the innovative, the panel is open-ended in terms of genre. Participants may give readings of their poetry or fiction, or present a brief paper, or work in a genre that mixes "creative" and "critical" elements.

Details about the participants:

K. Lorraine Graham is the author of Terminal Humming, (Edge Books), and her visual work has appeared in the Zaoem International Poetry Exhibition at the Minardschouwburg, Gent, Belgium, and the Infusoria visual poetry exhibition in Brussels. She has a BA in East Asian Studies and Chinese from George Washington University, an MA in English from Georgetown, and is currently a second-year student in the writing MFA program at UCSD. Her artistic and research interests include performance and embodiment, hybrid genres, poetry as pedagogy, and multilingual texts. She is at work on an obsessively-cited, partially-collaged text called White Girl, and Ostrich Play, a performance text in two forms.

Bruna Mori is a writer and educator, preoccupied with peripatetics and process-obsessed. Her books include Dérive (Meritage Press), with paintings by Mathew Kinney, and Poetry for Corporations (forthcoming from Insert Press), as well as the chapbooks Tergiversation (Ahadada Books) and The Approximations (Second Avenue Poetry). She relocated to San Diego over a year ago, where she has taught in the writing programs at the University of California at San Diego, Woodbury University's School of Architecture, and New School of Architecture + Design. She also writes for design + research firms and on behalf of cities, and is Lucien's mom.

Jeanine Webb's work has appeared in many journals, including the West Wind Review,  ZYZZYVA, The Antioch Review, the San Diego Writers' 2010 anthology A Year in Ink, and is forthcoming in Lana Turner. She is one author, with Brian Ang, Joseph Atkins and Tiffany Denman, of the poetry pamphlet Poetry is not Enough. She earned her M.A. in Creative Writing at UC Davis, where she taught a workshop in Making Poems. She is currently working to assemble a collaborative Durutti Free Skool for radical poetics in San Diego for spring 2011.

Mark Wallace is the author of more than fifteen books and chapbooks of poetry, fiction, and essays. Temporary Worker Rides A Subway won the 2002 Gertrude Stein Poetry Award and was published by Green Integer Books. His critical articles and reviews have appeared in numerous publications, and he has co-edited two essay collections, Telling It Slant: Avant Garde Poetics of the 1990s, and A Poetics of Criticism. Most recently he has published a novel, The Quarry and The Lot (2011), and a book of poems, Felonies of Illusion (2008). He teaches at California State University San Marcos.
Posted by mark wallace at 6:47 AM