4) Jefferson Airplane, After Bathing at Baxter's (10 Rock Albums That Made My Sense of Music What It Is) 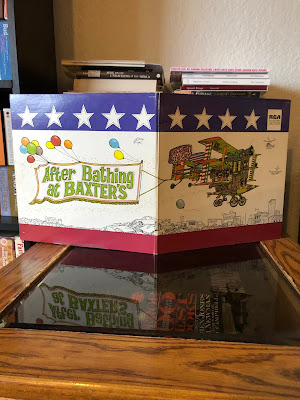 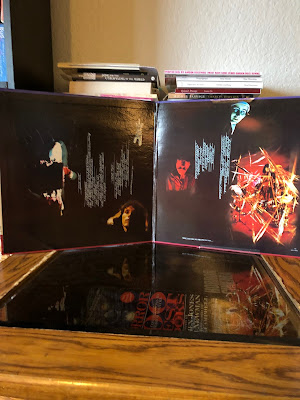 4) After Bathing at Baxter’s, Jefferson Airplane.

I don’t remember when during my high school school years I first heard Jefferson Airplane, or where I was. By the time I heard them, the original band was already long gone. In fact it was only a few years until the remnants of that band renamed themselves Starship, dropping “Jefferson” and severing ties with their past brilliance.

If I don’t remember for certain why I first liked them, it must have had to do with Grace Slick and the Airplane’s two biggest hits, ‘Somebody to Love” and “White Rabbit.”

Her vocals were intense, powerful, certainly neither nice or sweet. She sang like she wanted the song to attack the listener.

The first pop songs I remember loving when I was very young, at six, were “It’s Too Late” by Carole King and “You’re So Vain” by Carly Simon. Neither of those songs sees love (or in the second song, the formerly loved man) as positive, and that sense must have stuck with me. I liked then, and still do, lyrics by women that suggest the women are fighting back against behavior that harms them.

Grace Slick’s songs were tough, wild, smart, not passive. She had edge. And she certainly was not bowing down and letting anyone tell her what to do.

I don’t think it’s far-fetched to say that I heard something of the over-the-top elements of Rob Halford’s singing in Judas Priest in the extent to which Slick pushed her voice as far sonically as she could. Maybe I’m the first person ever to compare Slick and Halford? But it made sense to me then, and still does.

Plus, I have to admit it didn’t hurt that she looked, like, well, like Grace Slick, former model stepped over to a rebellious, liberated life.

For awhile, the only Airplane album I had was the collection of hits, The Worst of Jefferson Airplane. When I crossed into buying the original albums is something else I don’t know. Some time late in high school would be my guess.

After Bathing at Baxter’s isn’t Jefferson Airplane’s best record (that’s Volunteers), and it doesn’t have their biggest hits on it (that’s Surrealistic Pillow). But it’s the one that meant the most to me.

The album, especially the first side, was as risky musically as anything I’d heard and was still tuneful. The strange tone of the instruments felt like an odd combination of amateurish and experimental. Jack Casady and Jorma Kaukonen in particular made the sonic textures of the band startling. Kaukonen was one of the best guitarists in 60s rock and roll, something that doesn’t get said often enough. The weirdness, the sound experiments, and the consistent rocking edge of the record made it something I played over and over, especially in my first year or two of college. The band had four, yes, four, singers ranging from brilliant to capable, each of whom plays on that record an important role in the overall vocal ensemble.

Slick’s lyrics on “Rejoyce” were even farther out than most of her songs, and she referenced James Joyce. Then and now I can still get chills from the way she sings “It all falls apart” at the end of the song. And yes, I knew who Joyce was, very well. In high school I’d done a senior lit presentation on Finnegan’s Wake.

Although Jefferson Airplane had had pop hits, other than the tunefulness there wasn’t anything significantly pop about After Bathing at Baxter’s. It was a record by a rock band trying to push past what was acceptable.

Jefferson Airplane was also the first band for whom I started doing something that I did for a few years: writing down the lyrics in order to know what they were and to try and decipher their meaning. At that time, you couldn’t just look a song up on the Internet. If you wanted to know the words, you had to listen.

And no, taking drugs had nothing to do with why I liked them, earlier or later. Aside from occasional experiments, my drug of choice in high school, and mostly even in college, was beer.

I was veering further into territory that felt to me experimental and exploratory and not at all in tune with the American normalcy that I felt all around me.

Labels: 10 (Rock) Albums That Made My Sense of Music What It Is, After Bathing at Baxter's, Jefferson Airplane