Coming Soon to a Location Near You: Pompous Moral Judgment 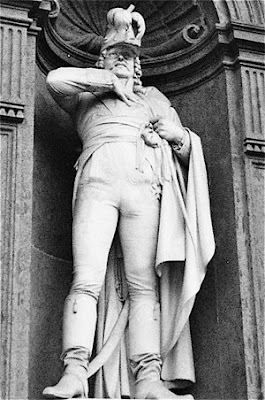 Following is the talk I gave at the LA-Lit Clouds Conference last weekend.


There may be no more common move in the history of public discourse than the pompous moral judgment. I can’t identify the first time it was used, or detail the historical ebb and flow of its popularity as a language game, but the world we live in is unthinkable without it. Baudelaire, for instance, identified it in the early 1860s as the unifying link between French bourgeois literature and its socialist opposition: “Moralize! Moralize!”

I also can’t identify my first own uses of the game. Generally speaking it’s less essential to children than to adults. Children are more blatant about their desire for power over others. They want it and see no need to hide the fact. Later, when they become ashamed of the naked desire for power, which is to say when they become old enough to be subject to moral judgments and learn to submit to them, they play the game of pompous moral judgment with youthful fierceness, subjecting adults and especially each other to a series of often quite vicious judgments. The judgmental naivete of those approaching adulthood can be remarkable for its fervor and absoluteness. As their ability to make judgments becomes more refined, they might be said to have learned to speak like adults, although many adults remain overwhelmed by the urge to judge.

The goal of the pompous moral judgment is obvious enough then: power. Yet its remarkable attractiveness doesn’t come solely from exercising or fantasizing about power. Instead it comes also from the feelings of satisfaction and security that result from believing very deeply that one has the right to use this power, that one uses this power over others (or would if one had it) in order to make the world better. The pompous moral judgment suggests that if we control others, we do so only in the name of the good, both theirs and ours.

Surely most of us have felt the power of pompous moral judgment at some time or other, even if only in minor ways. For instance, the sheer pleasure of judging people, often but not always those who are not present, is a common feature of almost all social occasions.

Without tracing the history of the development of pompous moral judgment, I can still clarify several of its key features.

The conservative version of the pompous moral judgment almost always involves the casting out and destroying of evil. All values and persons who seem opposed to the values and interests of the conservative individual or group get cast in the role of evil and are subject to whatever penalties are deemed proper for the evil they are accused of causing. As a social category, “evil” might be defined as any thought, behavior, person, culture or nation (to use just some likely examples) who deserves punishment. One of the pleasures of the conservative pompous moral judgment is the conviction that one has the right to decide and impose what form this punishment will take.

The fabric of a great deal of public political discourse is often little more than the endless clashing, by day and night, of pompous moral judgments. The right judges others as evil as a way of insisting on their right (and acting on it) to power over them, while the left, acting always in counter-judgment, asserts that the right is, at best, callous, and at worst evil. Because the implication of evil remains possible even in leftist discourse, the conservative and radical modes sometimes become confused, and the leftist form of pompous moral judgment can bleed into the rightist one. In fact the difference between them is often less about content than positioning. The conservative pompous judgment is the voice of power; the radical the voice of resistance to power. And this is true even when the voice of power is conventionally considered leftist, such as when, under authoritarian communist states, it seems radical to insist on the right of the individual to economic or aesthetic self-determination.

It is not, for instance, a lack of pompous moral judgment that makes Duchamp’s urinal almost the essential avant garde gesture. The implication that all art is no more art than an urinal if one calls the urinal art certainly contains within it the violent glee of pompous moral judgement: “I could just as well piss on everything you call art.” What is different about this gesture (and here I’m also noting the maleness of the gesture; it’s a urinal we’re talking about) is the openness of the glee, the childish flippancy of the judgment, and the way the flippancy is linked to a crucial insight. It acknowledges the game element of pompous moral judgment and that art too is a game.

In Umberto Eco’s novel Name of the Rose, it turns out that what pompous moral judgment, and the power it supports, fears most of all is laughter.

There’s danger in laughter too, of course. Laughter can all too easily forget the realness of consequences. The acknowledgment that the game is a game could easily lead someone to keep on playing while being less concerned with the consequences, simply because it is “only a game.” Such a person could easily attempt to return to the child’s naked desire for control with the ruthlessness of an adult. “Power is only a game we play”: a phrase worthy of the mythological Caligula. Who but a desperately pompous adult could play the game with that level of willfully childish viciousness?

LA-Lit Clouds Conference: Where I'll Be This Weekend 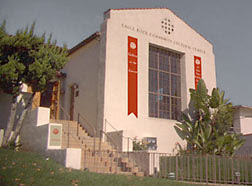 If you're anywhere near Los Angeles, come out and join us for what should be a series of entertaining and insightful events. If you're going to be somewhere else, I hope that'll be interesting too.

Come celebrate LA-Lit’s three year anniversary on Friday November 21 at Betalevel and on Saturday November 22 at Center for the Arts Eagle Rock. For over three years, LA-Lit has developed a new space for the literary culture of Los Angeles to develop and exhibit itself. Reflecting the shifting nature of Los Angeles, LA-Lit has conducted well over thirty interviews with poets and writers who have lived in LA all their lives as well as writers who have visited LA for only a few days. Please join us for LA-Lit: Clouds :: a two day conference in Los Angeles connecting the decentered literary culture of LA in an effort to investigate its current manifestations and to develop a sense of LA’s inherent literary spontaneity.

Posted by mark wallace at 9:08 AM No comments: 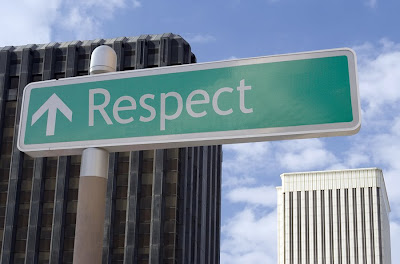 Stan Apps asked the following question on his blog the other day:

"A reputation economy--no $$$, only R.E.S.P.E.C.T. Is it a utopia? (And if it is a utopia for some, does that automatically make it a dystopia for others?"

And here was my answer:

"I think many poets are familiar with a respect economy, which of course shades very quickly into a prestige/reputation economy, and is therefore also related to a financial economy. Although none of these three economies is the same, they're pretty closely linked.

I think poets should rate themselves on a scale of one to ten how they think they stand in these economies.

Which suggests therefore that a pure respect economy, which doesn't exist of course, could nonetheless not be a utopia for one simple reason: any time something important depends on what other people think of you (which is, of course, most of the time), there's no end to trouble."

So, poet or whatever you are or do, here's your chance to rate yourself on the scales of respect, prestige, and finances.

And of course it would be interesting to hear your thoughts on these (slightly tongue in cheek but not entirely) ideas.
Posted by mark wallace at 9:27 AM 9 comments:

Turns out you can take a class: 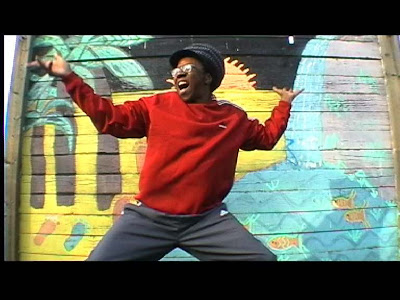 Is there any such thing? And if there is, is anybody doing it well?

Clearly this is a subject on which I’m very much not an authority.

Just to clarify what I’m looking for, I’m not asking about rap musicians whose lyrics might be called poetry or could be said to be poetic. Nor am I looking for sophisticated rap artists and theorists like DJ Spooky, whose work partakes of many of the same ideas that motivate contemporary experimental literature. Nor am I looking for contemporary experimental poets, like for instance the fantastic Julie Patton, whose art is clearly informed by hip hop culture. And I’m not simply looking for spoken word poetry either, or other African diaspora poetries like dub poetry, about which I know a fair amount.

No, I mean rap poetry: poetry made up of the same rhyming, word play, inflections and slang that comprise rap lyrics, and doing it in a way that works as poetry.

Although I’m nothing like an expert on rap music, I’m hardly completely ignorant of it. My taste runs more towards classic first generation rap like Public Enemy than it does later manifestations, although that maybe as much because I lack information as for any other reason. But in any case I know enough about rap music to hold a conversation about the subject.

Why am I asking about this? Every year, I have at least one student, and occasionally more than one, who comes to an interest in poetry through rap. Oddly enough perhaps, although it’s not really that surprising given the broad success of rap, the student is often, although not always, a white male.

When I have students of this kind, I’m never entirely sure how I should be trying to help them. Of course, I can work with them on rhythm and other sound effects in poetry as well as I need to. But what I don’t know is how to point them to writers and performers who are doing rap rhythms well simply as poetry, writers and performers who might be used as models or influences. And lacking those reference points, while I want to encourage students to go farther on whatever path they’re taking, I don’t entirely know what going farther might mean. Of course I already suggest that they consider broadening their palate of working sound effects and can show them many examples along those lines, whether it be Edwin Torres, Tracie Morris, Linton Kwesi Johnon or many others. But rap poets as such? I got nothing.

Which is why any names and ideas that you have would be really helpful.
Posted by mark wallace at 12:11 PM 12 comments:

Vote for Barack Obama on Tuesday

One of the most consistent and ridiculous political untruths of recent years is the widespread belief that the Republican party behaves more responsibly with U.S. tax dollars. In fact the opposite is true. Republican administrations of recent years have handed out U.S. tax dollars freely to personal cronies and to the scam artists of Wall Street and the military industry. They take your money and give it to their friends. George Bush has presided over a swelling National Debt and a budget deficit that is by far the largest in the nation’s history, at $455 billion as of October 15. Contrast that with the over $100 billion surplus in the federal budget when Bill Clinton left office in 2000.

Vote for Barack Obama and stop the Republican party’s attempt to bankrupt their own country. Vote Democratic this election to restore U.S. fiscal responsibility.
Posted by mark wallace at 9:42 AM 1 comment: