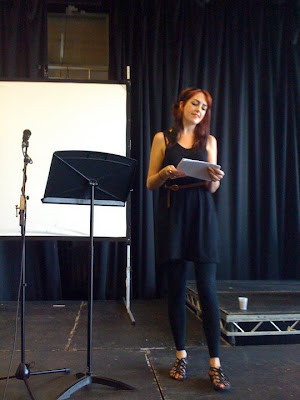 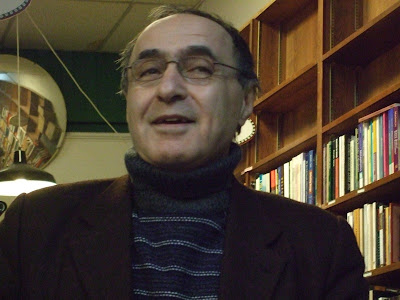 Amy De’Ath’s Erec & Enide is a small but impressive first book by a poet whose work is certain to get more attention as time goes on. While on the surface, the poems frequently create shimmering, often romantic scenes and interactions, that surface always comes along with a level of sharp political and social critique, and is often disrupted by language that is more blunt and ironic than the poems set up readers to expect. Gender dynamics within individual sexual relationships are often connected not just to individual human isolation but also to many larger scale political problems.

The poems that result have a lyrical sophistication and sometimes even a gauzy sheen, but they also feature sharper, very much non Art Deco edges that break out in unexpected places:

Said Erec to Enede, the sun burst
down on my sails and gallowing tore
my winnow North.

Said Enide to Erec, I don’t know how

Said Erec to Enide, the airline strikes pulled
holes in my interior liver tissue, and
I daren’t touch a drop.

There’s humor throughout these poems too, but it’s so sneaky in its bite that it’s easy to trip up and be amused just at the moment that something dangerous is about to happen.

Ultimately, the range of tones and surprising shifts of context in Erec & Enide make for a little book with a much broader variety of concerns than might at first appear. De’Ath writes poetry capable of lyrical power, ironic rupturing, and a complex awareness of political and social ideologies, all of which she handles with an always precisely inflected literary style.

Murat Nemet-Nejat’s poems in the The Spiritual Life of Replicants take his thorough understanding of the history of Turkish poetry and modify it in fascinating ways that respond to the cultural and media conditions of life in the contemporary United States, where he now lives. Nemet-Nejat is the foremost contemporary translator of Turkish into English, and the anthology he edited, Eda: An Anthology of Contemporary Turkish Poetry, is a must read for anyone interested in the last one hundred years of Turkish poetry. Replicants features a number of usually short, often fragmented lyrics that frequently make use of characteristics of Turkish poetry and the Turkish language more generally, for instance in the way sentences and phrases slide sideway into extended sequences rather than being constantly dead-stopped by periods.

Nemet-Nejat’s exploration both of materiality and the mental procedures whereby people try to grasp phenomena develops through the poems based on an animist philosophy that doesn’t make overly simple distinctions between living and non-living matter. The poems also frequently play with and undermine the relationship between perception and that which is supposedly perceived: “the yellow of the carpet/ lurks in the yellow of my eye/ and waits.” Fascinatingly, the book also develops as an extended critique of U.S. cultural attitudes through a reading of the Ridley Scott film Blade Runner and an interrogation of what it means to be human or machine in the context of capitalist power. The boundaries between poetry and prose are also frequently undermined, although the book moves closer towards prose narrative in many of its later sections. Replicants is therefore an exploration both of cultural and aesthetic hybridity, although like the best hybrid approaches, it doesn’t seek to resolve its differences but to exploit and grow them.

The shape and formatting of the book become a bit annoying at times, and some of the fragments feel like mere wisps of language, although ultimately I concluded that even the slightest wisps were important to the author’s sense of the physical world as incredibly close and concrete, but never more than partially graspable. His sense that human desire often tries to control what it cannot hold anchors many of the problems both of individual people and of the larger cultural dynamics that develop over the course of the book. The prose sections which conclude the book become more explicitly an exploration of character, and the way people from differing cultural contexts struggle and fail to understand each other, while finding themselves part of the same often mysterious world:

“The damn guy is impossible. Do you know one day he made me sit in a chair and read a whole damn short story, for one and a half hours, about this girl in a mental asylum, Karala, Aura, or something, who had attempted suicide.”

The Spiritual Life of Replicants is a unique book of poetry with a well-considered philosophical underpinning, even and perhaps especially at those moments when it veers close to falling apart. 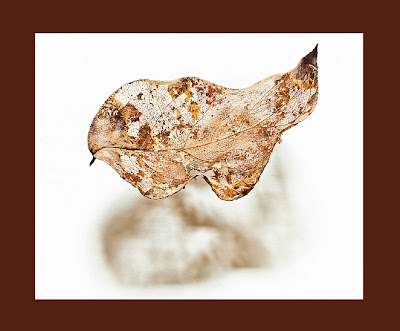 The online journal Roadrunner, more often referred to as R’r, publishes consciously contemporary and experimental haiku—and yes, it is possible to experiment with haiku.

The issues frequently feature a judged competition, the Scorpion Prize and for the most recent issue, I was the judge. Check out my essay, and the haiku themselves, here.

Other recent Scorpion Prize judges include Marjorie Perloff, Robert Grenier, Tom Raworth, Rae Armantrout, Joseph Massey, and Ron Silliman. I’m glad to be in their company and to have had the chance to read the work in Roadrunner closely.
Posted by mark wallace at 11:34 AM No comments: