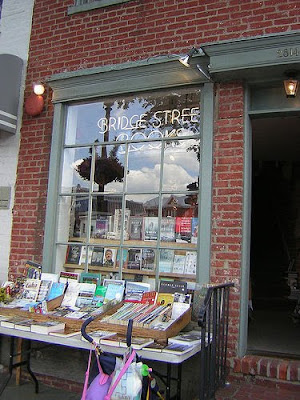 I'll be on the east coast giving two readings next weekend, so if you're nearby, come on out.


Mark Wallace is the author of more than fifteen books and chapbooks of poetry, fiction, and essays. Temporary Worker Rides A Subway won the 2002 Gertrude Stein Poetry Award and was published by Green Integer Books. His critical articles and reviews have appeared in numerous publications, and he has co-edited two essay collections, Telling It Slant: Avant Garde Poetics of the 1990s, and A Poetics of Criticism. Most recently he has published a short story collection, Walking Dreams (2007), and a book of poems, Felonies of Illusion (2008). Forthcoming in early 2011 is his second novel, The Quarry and The Lot.

Geoffrey Young has been creating an astonishing body of work for well over thirty years while running a gallery & being the publisher of The Figures Press, one of the most provocative & influential presses of the late 20th century. He has been known as a poets’ poet & a painters’ poet, but these terms undermine the swath that his poetry has cut through our world. It is high time that we read him as the demands his work offers us . . . read & leap!.

Brian Fitzpatrick has been living in DC for 7 years. He has recently completed his Masters Degree in Literature at George Mason University, where he also teaches undergraduate English. He is a poetry reader for the literary journal Phoebe and will be pursuing his MFA in poetry beginning this Fall.
Posted by mark wallace at 9:24 AM No comments: 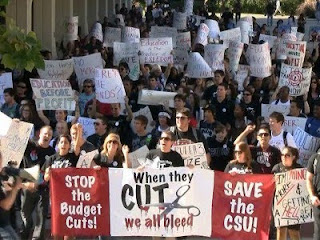 For those who care about public higher education in both California and the rest of the country and the world, the report I have linked to here is well worth reading.

The report makes many important points. None may be more crucial though than the fact that for every $1 of California tax money that is invested in the California Statue University system, $5.43 comes back in return to the state and its citizens.

Too may people--even those who consider themselves liberal or leftist--have fallen for the highly promoted untruth that public higher education is a money-losing system. In fact, the opposite is true.

We're living in a moment when banks and other major Wall Street financial groups made a lot of money by pushing the U.S. to the brink of economic disaster and then placed bets that would help them make money too when the economy collapsed.

In a tough economic climate, it doesn't make sense to abandon support for institutions that actually enrich the state of California, instead of taking money out of it and handing it over to international corporations.
Posted by mark wallace at 1:40 PM No comments: 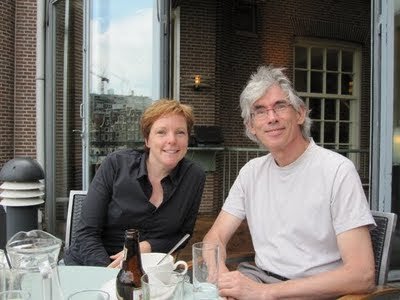 We hope you can join us this Saturday, May 8 at 7pm for a reading and performance by Rozalie Hirs, an interdisciplinary writer and musician from the Netherlands.

Rozalie Hirs (pictured above with Jaap Blonk) is a prolific interdisciplinary artist whose work incorporates music, text and video. Her work has performed throughout Europe and the United States. Her three books of poetry are Locus (1998), Logos (2002) and Speling (2005, all Querido Publications). She also wrote the libretto for the opera The Cricket Recovers by Richard Ayres. Rozalie Hirs' recent composition "Roseherte," (2008) for full orchestra and electro-acoustic sounds was premiered by the Netherlands Radio Philharmonic Orchestra and selected for the Toonzetters prize in 2009. Her electro-acoustic composition “Pulsars” (2006, 2007 rev.), commissioned by Café Sonore, VPRO Radio, Netherlands, received the distinction “Recommended work” at the 11th International Rostrum of Electroacoustic Music (IREM) in 2007. A CD, Pulsars, with electroacoustic music and text pieces by Rozalie Hirs will appear in 2010 as a co-production of Attacca records and Muziekcentrum Nederland. You can learn more about Rozalie Hirs’ work online at
http://www.rozalie.com/.

Please share this information with friends and any interested parties. Agitprop readings are free, but donations to the gallery are always welcome.

We hope to see you there and for festivities before and afterward! 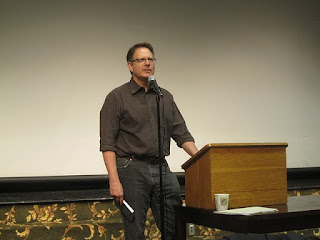 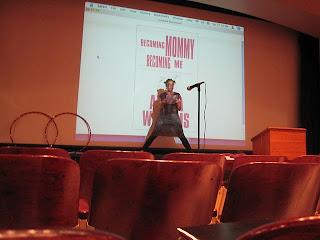 
Barrett Watten's excellent report on what happened at the Postmoot Literary Convocation is well worth reading, so I hope you'll check it out.
Posted by mark wallace at 2:33 PM 2 comments: