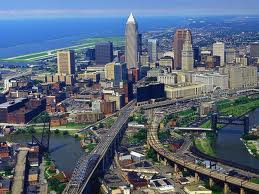 For those of you in the Midwest, I’ll be giving several readings, some also featuring other writers, in the following locations at the following times and dates:

Jennifer Karmin and Tom Orange will also be reading.

Notes on the other authors:

Kate Zambreno lived, wrote and taught for many years in Chicago before moving to Akron last year. Her novel O Fallen Angel, which won Chiasmus Press' "Undoing the Novel" contest, depicts a triptych of an American family during wartime. A collection of theoretical essays stemming from her blog “Francis Farmer is My Sister” will be published by Semiotext(e)'s Active Agents series in Spring 2012. She is currently teaching creative nonfiction at Cleveland State this semester.

Amanda Rosanne Howland Davidson hails from Canton and now lives on the West Side with her husband Scott. She has just started the M.F.A. program in creative writing at Cleveland State. For many years she has also been active on the Cleveland underground music scene, playing guitar and singing in the band Dead Peasant Insurance, which has toured widely throughout the U.S. and since 2004 issued nearly a dozen limited edition recordings on cassette and CD-R releases, most recently Cleveland Scum Skulls on the Pizza Night.

Jennifer Karmin’s text-sound epic, Aaaaaaaaaaalice, was published by Flim Forum Press in 2010. She curates the Red Rover Series and is co-founder of the public art group Anti Gravity Surprise. Her multidisciplinary projects have been presented at festivals, artist-run spaces, community centers, and on city streets across the U.S., Japan, and Kenya.  At home in Chicago, Jennifer teaches creative writing to immigrants at Truman College and works as a Poet-in-Residence for the public schools.


Tom Orange currently lives and works in Cleveland, Ohio. A poet, critic, and saxophone player, his recent work appears or is forthcoming in Court Green, Primary Writing, The Word at Peek Review, Rock Heals, and The Poker, and in the Slow Poetry anthology that appeared on Big Bridge.
Posted by mark wallace at 11:40 AM No comments: