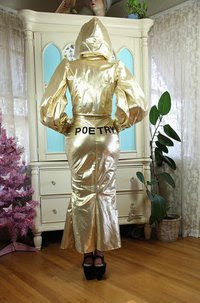 Agitprop Reading Series, in North Park, now has a blog where you can get information about past and future readings.

Kate Durbin, a fascinating young poet who has one of the most unique and stylish stage presences around these days, will be reading at Agitprop this Saturday night. Fans of the gurlesque should especially take note and come out. The evening also features an art opening celebrating a new website by Susy Bielak. 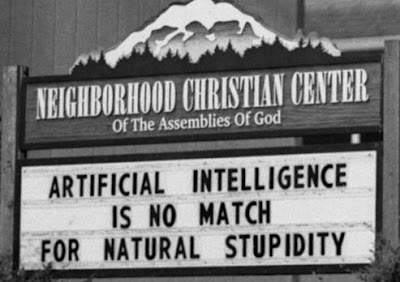 In my ongoing transition to a world of Multiple Platforms, a lot of my written social and aesthetic commentary this year has been in the form of aphorisms (and sometimes anti-aphorisms) potentially meant to become Facebook status updates, although many never do. I find myself writing more of them than I would ever put on Facebook as well as writing ones that, because of their content, I also wouldn’t put on Facebook.

So in the spirit, or perhaps anti-spirit, of putting blog posts up on Facebook, I’m now putting some of these Facebook status updates (some which never otherwise appeared) up on my blog.

And I might put up more of them later.

Dear Humans: Why should animals be friendly to you?

There’s a fine line between being laid back, repressed, and depressed.

I have the habit, probably bad, of liking people who like me and thinking they must be smart and have good taste.

Too many people would like individuality for themselves while granting only sociology to anybody else.

Either art, literature, and music have profoundly changed your life or they haven’t. Where do you stand on that issue?

The unending conflict between social norms and exploratory ideas in art and literature.

Today’s peace and quiet is neither.

Anything could become a cliche, but only some things already are.

Given your interests, I suggest you start doing documentary and skip the poetry part.

Too many poems try too hard to imitate poems.

Too many poems try too hard to be poems.

Your music sounds so relaxed and precise that it seems like anyone could do it, except no one else can.

The guilt and trepidation that always comes with being exhausted.

Slang phrases like “my truth” and “relatable” try to pretend that a person’s subjective impressions are objective conditions by which other things and people must inevitably be measured.

Another one of those model husband turns out to be brutal asshole problems.

What is your interpretation of the phrase “settle down”?

Creating an anthology called The Generalized Grump: The Art of Criticizing Everyone While Saying Nothing Much. No trouble at all finding 800 pages of that.

My authenticity comes from being neither from the good or the bad side of town.

I like the writing of many sad, desperate poets, but that doesn’t mean they should be made into heroes, which would be, of course, to romanticize.

Too many people want themselves to be complicated and the world to be simple.

Overheard on a plane: “They’re from San Diego, so they don’t know how cold San Diego is in May.”

Intriguing detail from Gettysburg: 1863 newspaper editorials from London, Chicago, and even nearby Harrisburg making fun of Lincoln's "silly little" address. Ah, reviewers (and I'm one of them).

There are degrees and differences in poetic disjunction. It’s not just “two things that don’t match.” It’s how they don’t match that counts.

Saying that “politics is stupid” is still part of politics, and part of what makes politics stupid.
Posted by mark wallace at 10:33 AM 5 comments:

See You in Portland? 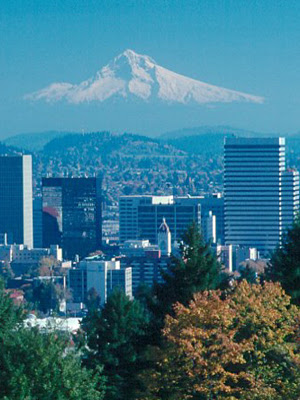 I’m going to be in Portland this weekend, from Friday November 5th until Monday, and reading in the Tangent Reading Series on Saturday November 6th. If you’re anywhere near Portland, consider yourself invited.

Then, after traveling south to Eugene and Ashland during the week, I’ll be back in Portland for a second weekend, from Friday the 12th until I fly out on Monday the 15th.

I hope to see any of you who are there, and please be in touch.

The Tangent Press & Reading Series is pleased to host a cross-genre reading of fiction, poetry, and non-fiction on Saturday, 6 November at 7 PM. Portland-based writer and editor Kevin Sampsell will be joined by Southern California writers K. Lorraine Graham and Mark Wallace. The event will take place at the in Southeast Portland (2815 SE Holgate).

Kevin Sampssell is the author of the short story collections, Beautiful Blemish and Creamy Bullets. His newest book is the memoir, A Common Pornography. He has been the publisher of Future Tense Books, a micropress, since 1990.

K. Lorraine Graham is the author of Terminal Humming (Edge Books), and her visual work has appeared in the Zaoem International Poetry Exhibition at the Minardschouwburg, Gent, Belgium, and the Infusoria visual poetry exhibition in Brussels. She lives in Carlsbad, CA, with her partner Mark Wallace and Lester Young, a pacific parrotlet. You can find her online at spooksbyme.org.

Mark Wallace is the author of more than fifteen books and chapbooks of poetry, fiction, and essays. Temporary Worker Rides A Subway won the 2002 Gertrude Stein Poetry Award and was published by Green Integer Books. His critical articles and reviews have appeared in numerous publications, and he has co-edited two essay collections, Telling It Slant: Avant Garde Poetics of the 1990s, and A Poetics of Criticism. Most recently he has published a short story collection, Walking Dreams (2007), and a book of poems, Felonies of Illusion (2008). Forthcoming in early 2011 is his second novel, The Quarry and The Lot. He teaches at California State University San Marcos.
Posted by mark wallace at 4:42 PM No comments: