The House on the Borderland (1908) by William Hope Hodgson 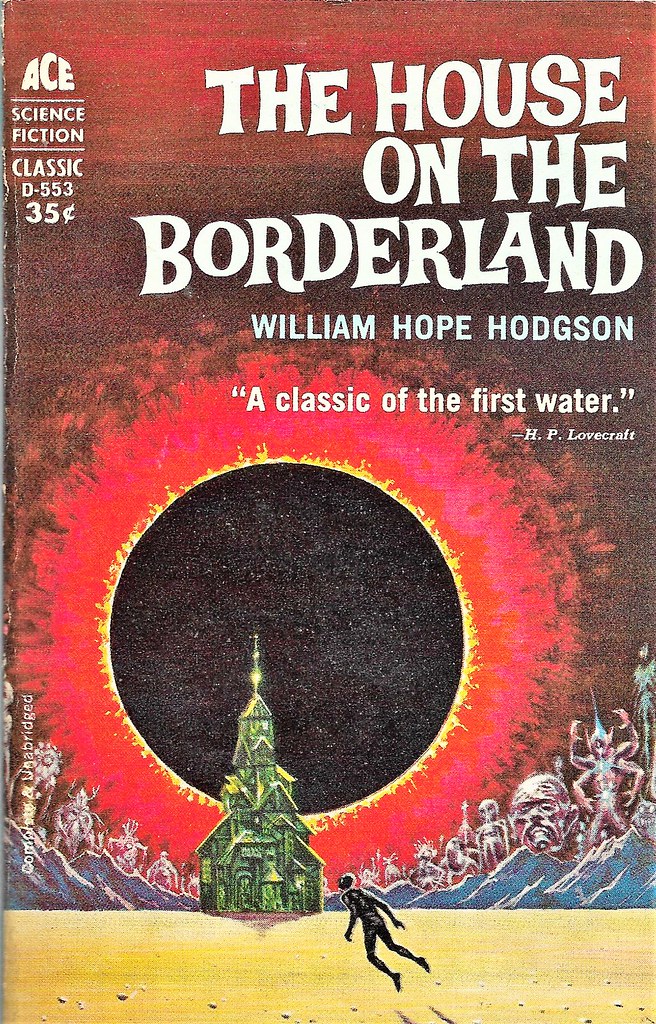 I enjoyed this brief trip into grand cosmic horror as a pleasant antidote to the restricted Virus Life I’m currently living in summer 2020. The book is an intriguingly original and very trashy combination of 19th century Gothic novel and 20th futuristic sci-fi by a British author who had clearly read H.G. Wells’ 1895 novel The Time Machine. Hodgson sets his time machine in an exaggerated campy version of a Gothic castle in a remote portion of the British countryside.

The characters are mostly cardboard but the mood is rich and the action constant, with many fun and illogical twists. Hodgson doesn’t care about realism or logic. The book is filled with a great combination of creepy images and playful concepts about space and time and infinity by an author who doesn’t try to be scientifically accurate although he likes metaphors that sound scientific.

Apparently H.P. Lovecraft didn’t read this book or any of Hodgson’s work until 1934, which seems surprising because The House on the Borderland feels like a clear transition between 19th century Gothic haunted house horror and Lovecraftian 20th century cosmic horror.

The fun, vivid and moody action is rarely emotionally gripping, which made it an easy-going pleasure despite the terror of the infinite that the author wants to explore. It’s a shame though that Hodgson isn’t a better writer on the level of sentences. Often he doesn’t seem to know how to use commas or more precisely know when not to use them.

I first read Hodgson years ago now after picking up one of the books in his Carnacki, Ghost Hunter series, similar works of campy, trashy horror fun, a series that Hodgson began writing in the early 1910s in an attempt to make more money.

Hodgson died in World War I at the Fourth Battle of Ypres in April 1918. He was 40 years old.

Posted by mark wallace at 11:57 AM No comments: