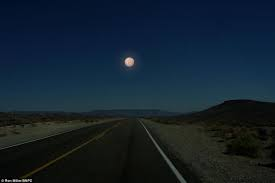 Here’s one of my pieces that explores the concept of doom, and I thought I would make it available because of the big response (positive, negative, and mixed) currently happening to the Netflix blockbuster Don’t Look Up.

"Doomsday" is from my 2009 manuscript of short fictions called The Measure Everything Machine and Other Stories. It has never been published as a collection, although a number of the pieces appeared in various literary magazines (like Madhatter’s Review and Joyland) and even more ephemeral publications as well as being pieces I have read many times at public readings.

The pieces in The Measure Everything Machine are more what Hazel Smith and others have called “synoptic novels” rather than simply flash fictions generally. The goal is to present something in only a few lines that features the narrative stretch of a novel, something in theory very long that has been compressed into something very short.

DOOMSDAY
When the populace of an obscure planet believes that Doomsday for the planet is at hand, arguments begin in earnest about what has caused it. Some blame this or that system of government; others blame the enemies or decay of this or that system of government. Some say deadly investment practices are the cause and blame investment in A; others agree that investment is the problem, but argue that more investment in A will save the planet and instead blame investment in B. Still others point out that governments and money can’t really end the world; since the world is ending, it has to be because people have destroyed the planet’s environment. Others say people haven’t really done that much to damage the planet; if the planet is being destroyed, the cause must be physical celestial forces far beyond control. Some say destruction is being visited on people because of their empty, soulless lives and point to the lack of religion; others say destruction is coming because of people’s empty, soulless lives and point to the meaningless fantasy of religion. For every cause of Doomsday that someone proposes, someone else proposes a countercause, and another countercause is proposed after that and so on.
When Doomsday does arrive, a few people’s theories are proved right, but they have little time or reason to congratulate themselves, and none at all to berate or convince anybody else, who wouldn’t have believed them anyway. On the day of destruction, the claims and counterclaims continue to go back and forth until the last possible moment and would have done so unceasingly had the planet not been destroyed and life on it ended.
The other conclusion to this story is suggested by other people on another obscure planet. They say that actually Doomsday never did arrive for the populace on that first planet. According to this story, the populace of the first planet continues to this day endlessly debating a Doomsday that they expect to arrive any moment. As the story goes, they do very little to notice the rest of the Universe. And as if turnabout really is fair play, in this story the Universe does similarly little to notice them.

Posted by mark wallace at 2:31 PM No comments: