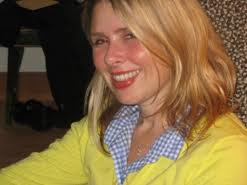 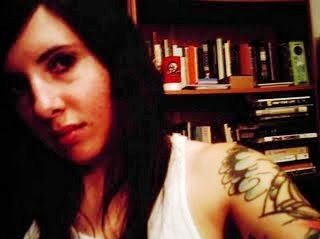 For many reasons, I haven’t had a lot of time for blogging or for reading new poetry this summer, but here are a couple of brief chapbook reviews to tide things over until I find more time again, and an intriguing couple of chapbooks they are.


The prose poems in Stephanie Balzer’s Faster, Faster (Cue Editions) create, in their line by line shifts and twists, an ultimately melancholy and insightful wittiness full of energy and the pleasure of words. Balzer knows both the psychological foibles of people and the structural limitations of the environments they create for themselves, but the narrator in these poems is never simply an observer. Instead she finds herself often in a perpetual in-between, trying to connect with others and not being able to, or connecting with them but needing to back off when they impose their problems on her, instead of trying to work them out in some mutual process. Balzer’s not afraid to examine political conditions either; the pieces are filled with references to the CIA, Starbucks, HBO, The New York Times, McDonald’s, and other people and organizations that create dangerous limits on human interaction. The sly rewrites of phrasing from Juliana Spahr’s This Connection of Everyone with Lungs never come off as mere tributes, but reveal Balzer’s own concerns with an inevitable web of connections that frustrates even more than it promises. “I confess: my state of mind is America. ‘something to do w entropy, i think. the force of nothingness so much stronger than its opposite.’”


I really enjoyed the understatement and surface simplicity of the poems in Gina Myers’ chapbook False Spring (Spooky Girlfriend Press). A continuation from Myers’ earlier work of her moody re-envisioning of the New York School casual tone transferred to more sparse and economically depressed environments, the poems in False Spring are much more minimal than in her earlier book A Model Year, saying no more than needs to be said, but implying deeper wells of alienation than the surface elaborates. I was reminded of the various Rexroth translations of ancient Chinese poems in terms of how much a few words can evoke, yet there’s nothing indirect about these poems. They lay out the narrator’s struggles flatly and bluntly. The impression of empty rooms, missed possibilities, and unkept urban spaces kept resonating for me long after I put the book down. “Weddings & funerals in the span of a week./Each year, the family grows & shrinks./ I search the classifieds for a new job,/a new place to live, a change.”
Posted by mark wallace at 4:46 PM No comments: