Summer Salon Series at The San Diego Museum of Art 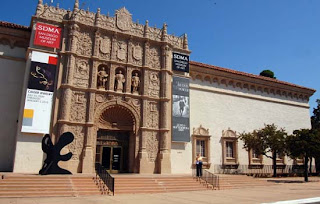 The San Diego Museum of Art Summer Salon Series begins tonight, with a reading by Sesshu Foster and many other happenings throughout the gallery.

We hope you can join us for a reading by Sesshu Foster in the Summer Salon Series at the San Diego Museum of Art, Friday, June 29 at 7pm in Gallery 18. Museum admission is $12 for adults, $8 for students with college ID, and open to the public.

In conjunction with Agitprop, the Agitprop Reading Series is collaborating with the San Diego Museum of Art for the third year in a row to present the Summer Salon Series. Every Friday evening, from June 1 through August 31, the San Diego Museum of art will be hosting artists, lecturers, poets and performers to investigate the topics of historical fictions and the dissemination of information. 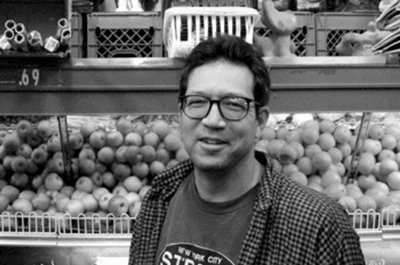 Sesshu Foster will read from his award-winning text Atomik Aztex.  In the alternate universe of Atomik Aztex, the Aztecs rule, having conquered the European invaders long ago. Aztek warriors with totemic powers are busy colonizing Europe, and human sacrifice is basic to economic growth. Zenzontli, Keeper of the House of Darkness, is plagued by nightmares of a parallel reality where American consumerism reigns supreme. Ghosts of banished Aztek warriors emerge to haunt contemporary Los Angeles, and Zenzontli’s visions of Hell become real as he’s trapped in a job in an East L.A. meatpacking plant.
Sesshu Foster has taught composition and literature in East L.A. for 20 years. He's also taught writing at the University of Iowa, the California Institute for the Arts and the University of California, Santa Cruz. His work has been published in The Oxford Anthology of Modern American Poetry, Language for a New Century: Poetry from the Middle East, Asia and Beyond, and State of the Union: 50 Political Poems. One of his last readings at St. Mark's Poetry Project NYC is Mp3 archived at www.salon.com and local readings are archived at www.sicklyseason.com. He is currently collaborating with artist Arturo Romo and other writers on the website, www.ELAguide.org. His most recent books are the novel Atomik Aztex and World Ball Notebook. He blogs at East Los Angeles Dirigible Air Transport Lines.

http://www.sdmart.org/calendar/summer-salon-series-2012-beyond-banner-3
For more information about the Agitprop Reading Series, you can join our Facebook group:
http://www.facebook.com/groups/149903861746355/
Or visit our webpage:

Posted by mark wallace at 9:40 AM No comments: 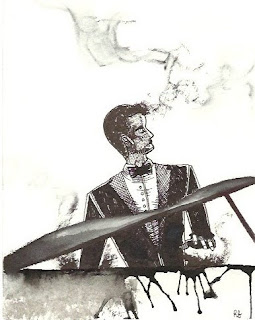 Altered Scale, an excellent new online journal being edited by Jefferson Hansen, a poet, fiction writer, and essayist who has been a close friend of mine for many years, is now taking submissions for its second and further issues. The first issue is now online and features fine work by a number of excellent writers, performers, and musicians.

All art contains musicality: harmony, disharmony, tone, rhythm, and so on. The musicality in this journal is highlighted by my editorial decisions: I want the texture of various pieces of writing or performance to creak and crimp against one another, thereby revealing something about what is at the musical heart of each piece. In this way each page, which usually contains several artists, is a mini-gallery that explores how works explore musicality through juxtaposition.

Of course, editing should not override the presentation of art. When it became necessary to set aside this focus to one degree or another in order to do justice to the work, I did so.

AlteredScale.com is open for submissions of audio, video, graphic, mixed-media, and literary art. Issue 2 will move to a Wordpress platform, which will allow for more flexibility. Send audio in Soundcloud and videos in either You Tube or Vimeo. Literary art is best in an attached Word file; plus the text should be reprinted in the body of the email. Please also include a biography. Send to jh4090@gmail.com

Posted by mark wallace at 9:35 AM No comments: 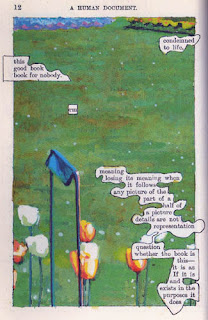 Takes aesthetic, linguistic, and/or structural risks, challenging present cultural and literary norms, while not being committed to a one-dimensional, one-size-fits-all notion of “the new.” Difference and uniqueness exists in relation to multiple contexts, literary and cultural. There is no such sufficiently identifiable total thing as the “field” of literature or cultural production in which only one main approach could be new.

These risks, however, must not be simply aesthetic; the literature also

Explores cultural, historical, environmental, and sociopolitical conditions (including that of literature and art) in the specificity of their materiality, recognizing that all such conditions are a function of human, bodily interactivity both with other humans and with the physicality of the world beyond the human. Such explorations understand that all writing is ideological, that there is no such thing as a neutral position and that an attempt to achieve an impossible neutrality always has ideological implications. These explorations, in their materiality, are not automatically opposed to ideas of magic, spirituality, and religion, since those are crucial parts of the full range of available human beliefs and attitudes and have real effects on bodies and environments. Such work can also be scientific and non-human-centered, as long as it includes the recognition that human perceptions are the ground from which any literary exploration takes place. No one ever gets outside themselves entirely.

Must be readable and worth reading in its specific parts. I don’t mean “accessible,” since accessibility is a matter of convention and requires challenging. Rather, the specifics of the writing are significant and engage attention on a part-by-part basis, not just as overall concept. I say “part-by-part” rather than “line-by-line” because it is also possible to read a work’s visual elements, sound elements, and/or performance elements, and much worthwhile literature goes beyond being solely words on a page. I also include work whose overarching concept may be the main point, as long as the parts (the words and other elements) contribute significantly to a concept that is itself worthy of continued attention.
Posted by mark wallace at 8:50 AM 2 comments: