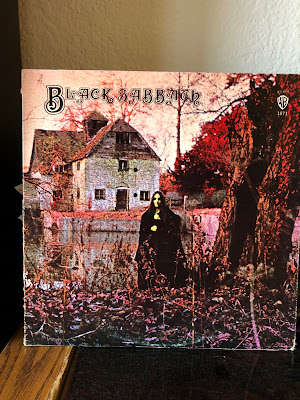 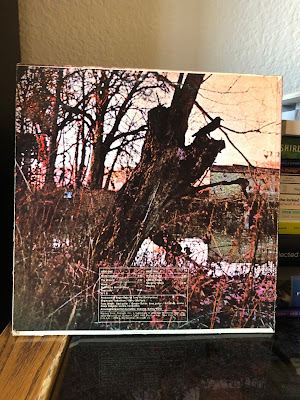 This is the first record I bought that I’d never heard any music from before buying it. It changed a lot for me and helped me down some paths I was already going.

My friend Steven was the source of most of my music knowledge from the ages of 12 until 14 or 15. Along with most of the Beatles records and some Stones, he played a lot of the big albums from the current time: Fragile by Yes and the first albums by Bad Company and Foreigner and Boston (which was the first album I ever bought for myself) were the ones I remember most. But Steven didn’t play heavy metal, a music that at that time couldn’t be found on any radio station I knew about.

When I bought the record, I didn’t know what heavy metal was. I just liked the cover art. Since about the age of 10 or 11 I’d been a fan of Edgar Allan Poe and had also begun to love horror movies, which I could see sometimes for whole weeks of afternoons down in the basement on the ABC afternoon movie that I could watch by myself, in the dark, before my parents called me upstairs for dinner.

The album turned out to be a musical equivalent of what I already loved. And I didn’t know anybody else who’d ever heard of it. The record became the first example of something that was becoming true of my musical taste and my taste in books and movies: I liked to explore and to find out about things on my own that nobody else could tell me.

Of course, there wasn’t anything like a social scene of gentle, sensitive, shy goths at that time. Didn’t exist. In my junior high, you could be a jock or a preppie or a pothead who hung out by “the tree,” a big tree down by a stream at the bottom of the hill on one edge of the school. Or you could be nothing.

It was only somewhat later that I met anyone who liked heavy metal, and it wasn’t in school: they were young mechanics or bikers (motorcyclists) or other kinds of tougher guys, some quite a bit older, who sometimes came to certain high school parties by the time I was 16 or 17. Black Sabbath didn’t have a pop audience. It had a working class audience.

I loved the big, slow, doomy sound of Black Sabbath. I loved the heavy guitar and the dark lyrics which matched my growing junior high mood. I loved the cover, which in comparison to other later heavy metal covers didn’t feel (then) cartoonish; it felt genuinely disturbed. For someone who read Faulkner’s Sanctuary at age 13 because I’d learned somewhere that it was supposed to be his most horrific book, disturbing was where I wanted to be. I liked the Black Sabbath songs about hell, or hell on earth, just fine.

I was about to go to high school. Hell? High school? I doubted there was a difference.

Once I bought this record, I was on my way to defining for myself what my taste in books and music and movies should be.

Posted by mark wallace at 11:20 AM No comments:

Labels: 10 (Rock) Albums That Made My Sense of Music What It Is, Black Sabbath

1) The Beatles, aka The White Album (10 Rock Albums That Made My Sense of Music What It Is) 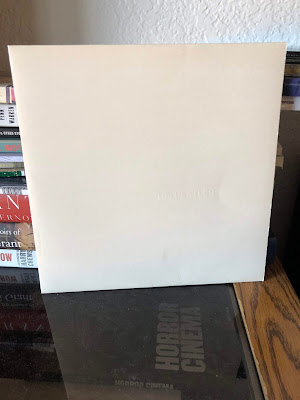 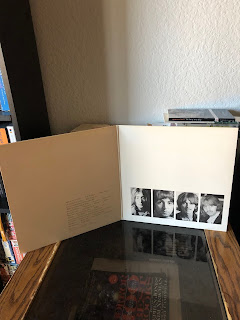 Ten (Rock) Albums That Made My Sense of Music What It Is.

This is not a challenge from someone, just my idea of fun.

1) The Beatles, aka The White Album.

Music wasn’t played often in my parents’ house. Although growing up I’d heard many songs on the radio or at the houses of friends, this was maybe the first album I ever listened to repeatedly from beginning to end. The summer I turned 13, my friend Steven played a tape of this album (and a few others) over and over again on a driving trip across the country with his father, my father, and my brother.

The adults tolerated the music, barely, and Steven’s father more than once told him to shut it off, but I loved and still love these songs, although I had no context then for knowing why I loved them. Young as I was, my favorite song at that time (Steven’s too) was “Piggies.” Even at thirteen I knew it was a nasty song about nasty people and I approved. Other favorites were “Blackbird” and “Rocky Racoon,” maybe because I’d always liked stories about animals even though that wasn’t really the focus of these songs, or maybe because the melodies and lyrics were just appealing.

Posted by mark wallace at 8:38 AM No comments:

Labels: Ten (Rock) albums That Made My Sense of Music What It is, The Beatles 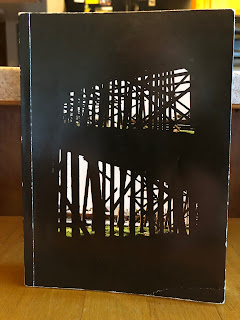 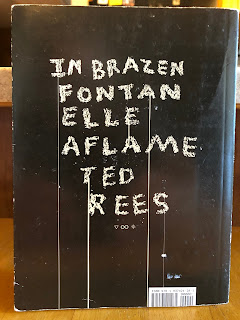 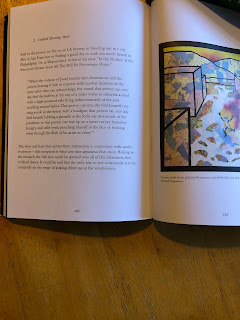 
Posted by mark wallace at 5:03 PM No comments: