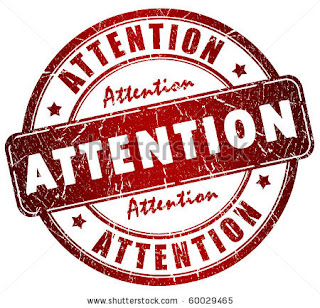 I'm trying to recover a few old essays from my files, and figure a good way to keep a copy, of the ones I want to keep and want other people to read, will be to put some of them on my blog.

Attention is what I can never manage. Despite the bureaucracies of my intentions, there is always too much to register. The relentlessness of what there might be to know, to feel, to see, to understand, lets me break myself beyond any principle of ordering, so that what of me is not bureaucracy comes to recognize its own overflow, its opening. Attention comes to be, in the very marks it makes on my body, the sign of living more intensely than anything that could be brought to control or coherence. There--something has happened, again, and the mere fact that I could not possibly know all that it might be is what tells me I'm real.
Inside those public, narrowly ideological structures that may crush but do not contain the unknowability of living, attention has been reduced to little more than the truth that almost everything has been ignored. The language of mass media, of institutions, of political parties, of whatever refuses to think about all it doesn’t know, suggests by its emptiness that almost nothing is being attended, that public structures have tried to make the world their own mirror and have been able to make of it nothing worth seeing. Such public structures see only in terms of their own control, which can kill, administer, and even develop, but can never become open to experience and the world, because such becoming is what they had to forget in order to institute control.
Perhaps it would be useful to think of language as that which has been deemed worthy of receiving attention. Language, that is, is a way of embodying those perceptions considered significant. I use the passive "has been deemed" and "considered" because it's not clear at this time which individuals or contexts, if any, are aware that attention must be understood as active before its ultimate impossibility can help return consciousness not to control but to life. I would like to say that poetry is the most likely place for writing to make attention active. But at best I can say that poetry might be used by writers to make attention active again, to make it not simply the passive acceptance of coercive public definitions of significance.
Each piece of language reveals what it has given attention to, and what has escaped its notice. In general, what escapes a piece of language reveals the inevitable overflow of life. But in the case of a particular piece of writing, the writing as a process of attention can be understood by looking at what the writing has given attention to, and what it has ignored.
Attention is not simply an issue of subject matter. The form of a piece of writing gives a particular act of attention its structure. What has been perceived is always a result of the form of the words--how perception emerges and passes in the language is as important as what perceptions emerge and pass. Does a form hierarchize attention, defining some things as structurally more central than others? Does it treat all perceptions as structurally of equal centrality? Does the form let attention flow evenly from perception to perception, does it let attention develop or scatter or crumble? The tension of attention is not a struggle of form vs. formlessness but a complex response by a variety of possible forms which in specifically differing ways always give attention and fail to give attention to the possibilities of experience.

I'm tempted to characterize my own attention, as a human being, as obsessive. I return endlessly to the same scenes. Taken to its absolute limit, such obsession would be insane--who wrote that the mark of the madman is to repeat himself forever? My writing has often been an attempt to disrupt my own tendencies of attention--the language on the page as block against, and dispersal of, the obsessive returns of the language of my mind. My books Complications From Standing In A Circle and Every Day Is Most Of My Time were both attempts to create an active attention through techniques that disrupt what I am otherwise prone to think. In the first I use words extrinsic to my own vocabulary, thus forcing me to use words not already congealed in my consciousness. In the second I used a formal structure demanding frequent shifts in the focus of attention and a conscious undermining of conventional distinctions of attention, such as that between the supposedly trivial and the supposedly serious.

The processes of attention I am discussing here, and possible disruptions of them, are in no way merely private, personal, individual, or narcissistic activities, although they have elements of all those possibilities. Attention, though primarily located in an individual's mind, is inevitably an external, material, social process. What could my attention possibly attend but impressions of all that exists beyond me? Attention is exactly the language of contact. Which is to say that by definition, attention, when active, opens the boundaries of who I am.

Posted by mark wallace at 6:36 PM No comments: