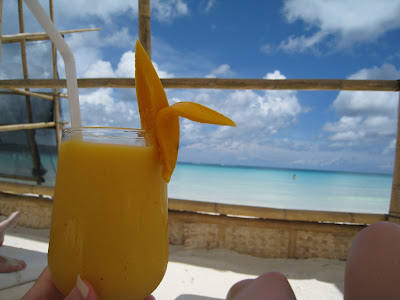 As the year grows short, and I get ready to head on Friday morning to the east coast and my annual winter holiday r and r in a place where there really is a winter, I thought I’d put up my own somewhat alternative version of the Best Of and Worst Of lists that one sees all over the place this time of year. This is my list of books of poetry that I read in 2008 that gave me energy for my own writing.

That’s somewhat different than the BO/WO (best odor/worst odor) list. I’m talking about books of poems that, when reading them, I feel energized about writing poems again, eager both to read the books but also to get back to my own work. Not every book I loved or liked this past year had that effect. Kristin Prevallet’s [I, Afterlife] [Essays in Mourning Time], one of the most powerful books of poems I read this past year, didn’t hurry me back to my own poetry. Instead it left me more drained, sad, stunned, and at moments awed. It did drive me eventually to write about it, but it didn’t help me write any poetry at all.

So here’s a list of poetry energy drink books for me in a year when I didn’t get to read nearly as much poetry as I would have liked. They weren’t all published in 2008, and for the most part I’ve put them in no particular order.

C.A. Conrad, Deviant Propulsion
For me, the highest energy drink poetry of the past year. Generous, furious, loving, and holding nothing back. I know that some people find CA’s online personality a bit over the top at times, but here that abrasiveness turns into an open and vulnerable boldness that for me made language seem full of possibility, even as there wasn’t anything particularly innovative about his use of it other than the display of his own original and inspiring character.

Elisa Gabbert and Kathleen Rooney, That Tiny Insane Voluptuousness
I love this book even if I did blurb it. Its co-written nature is no impediment to its churning, rollicking language. In fact just the opposite. As a collection it’s a bit shapeless perhaps, but it seems to be part of the nature of a co-written project not to have a conventional developmental arc, and each piece taken on its own terms is lively and biting. I’m teaching this book in the spring and my students are going to love it too.

Rod Smith, Deed
Am I the only one who thinks this book is a more palatable, smoother Rod Smith, full of gentle chuckles and lyrical sadness? Not lesser, by any means, just less abrasive and disruptive, though none of his always keen social insight has been sacrificed. A sort of Very Fine Rod Smith. The sense of breath and line is remarkable. A longtime close friend, he and his work have always had the same effect on me: I’m going to write poems as good as yours some time, pal, you got that straight?

Sandra Simonds, Warsaw Bikini
Just finished reading this one a few days ago and it prompted the idea of this post, not to mention a couple of pages on the long poem I’m currently writing. A zany, absolutely contemporary surrrealism with a big reach on history and global politics and a whole lotta personality. A bit first bookish in its enthusiasm maybe, but thrilling.

Gary Sullivan, Ppl in a Depot
Sullivan is the funniest British satirist ever to hail from Minneapolis, if that’s where he hails from. But who cares where he hails from? These poetic plays skewer everyone with a rigorous ruthlessness, and in so doing create an unforgettable picture of contemporary New York and arts culture and its vexed relationship to worldscale politics.

Joanne Kyger, About Now: Collected Poems. As an energy drink for me, these poems were a mixed medicine. Sometimes I could go right from them to my own writing. Other times I’d say “Well I’ll never be able to do anything remotely like that” and have to get drunk.

K. Silem Mohammad, Breathalyzer
If Deer Head Nation is a genuinely great book, this one is more barreling, high energy, and brutal, even though it’s a little less large and sprawling in vision. When I could stop laughing, I could start writing.

Gunnar Bjorling, You Go the Words
Bjorling, a Finnish-Swedish Modernist (read the introduction to the book for the politics at stake in that term), had this collection, the last of his original books, translated into English by Frederik Hertzberg and published in this country by Action Books. His writing here made me think a bit of P. Inman, even as Bjorling is more melancholy and imagistic. But the surprising twists of phrase and unexpected word combinations in an understated, minimal approach reminded me of the severity and extremism of Inman’s work. For every word Bjorling writes, I can write ten. More’s the pity for anybody who reads what I write.

Edwin Torres, The PoPedology of an Ambient Language
Typography games, verbal games, spacing games, a largeness of vision and a questioning of any notion of the regular. How does Edwin do all these things? Anybody know? Just by creating it? Can I try it too? No? Can I just keep writing anyway?

Dichten No. 10: 16 New German Poets
A politicized Surrealism on some new and very bad acid? Sort of. With some instances of distorted lyrical beauty thrown in? I don’t feel I have an adequate description of these poets representing new directions in German poetry, but they sure sent me scrambling for my pen.

Skip Fox, For To
I can’t be the only one who received a copy of this book in the mail unexpectedly. Did you? A big sprawling awkward mess of a book. Maybe the most Olson influenced work I’ve read in a while, with some grumpy fury thrown in. Probably best read by those who have empathy for his odd cultural group, but given that, a good dose of Aging-Hetero-White-Male-on-the-Fringe for what ails you. Believe me, I know what he’s talking about.

Lee Ann Brown, The Sleep that Changed Everything
This book was published a few years back, but anything that came out about the time I moved to California risked getting thrown on the back burner. But I finally got to it. Love the Sterling Brown influenced ballads, but it’s the poems with a more open, graceful, leaping syntax that had something to say to my own pen.

Ariana Reines, Coeur-de-Lion
There’s not much avant garde about this book, New Narrative or not, whatever Johannes Gorannson says. But honest, energetic, thrilling, risky, yes. Willing to expose, even champion, the most vulnerable spots, yes. Makes me determined to be less guarded in my writing, that’s for sure.

Linda Russo, Mirth
Sometimes I need to read a smart book of poems. Anybody remember smart? This is one of those books. A perceptive and very contemporary feminist take on issues of culture and language. I had to think before I could write, but I wanted to do both.

Stan Apps, Info Ration
Stan, my friend, you’re wack. But it’s a good wack. Or no, an evil wack. A beyond good and evil wack? Something like that, with a dose of capitalism to boot. Also, though you’re trying to hide it sometimes with the flat surfaces of these poems, I have this sneaking feeling that you have Something To Say.

Colin Smith, 8 by 8 by 7
The toughest, most painful book of the year for me. Shocking and hilarious and deadly. The quips will destroy you, and I mean that.

Then, I’m embarrassed to say, here’s a brief list of books I haven’t read yet but want to, soon. They’re either already on my desk or going to be there the moment I can grab a copy:

And since I’m always in need of more books to give me energy, anybody out there have any suggestions? Given that I live in southern California, I’m almost certain to be missing everything worthwhile, so all thoughts are welcome.

And if I don’t have time to post again for a couple weeks, which I may or may not, I hope you have an enjoyable holiday season, and that if you have a job, of whatever kind, you’re able to hang onto it, and that if you’re searching for one you find it. And most of all I hope that we remember that we’re living in a world full of desperate need and that all of us can try, in some small way, to do something about it.
Posted by mark wallace at 8:21 AM

Thankee for this list! I have been a bit poem-less this year, in the sense of not reading much since I barrelled through Gabe Gudding's Rhode Island Notebook, which kept me well fueled for a while. But now I am ready to return to reading, only to find that I kind of lost my place in the zeitgeist. I have no idea what's going on anymore, but this list gives me some sense of direction...

Hi Mark, I like your list and your responses to the books (even if you haven't read Folly yet, grrr! – but I understand). Just to set the record straight, Gary is a native Californian.

Thanks, Nada, for the clarification.

The only reason I haven't read your book is that I don't have a copy yet. My copy is waiting for me at Bridge Street Books in DC, where I'll be next week.

It's a far, far better list than many I've read through. Have a good break!

i completely agree with yer take on conrad's book--it is amazing that a book that isn't particularly 'innovative' manages to get you (me).

read 'folly', i imagine you will like it, from my (albeit) limited knowledge of what you like and don't.