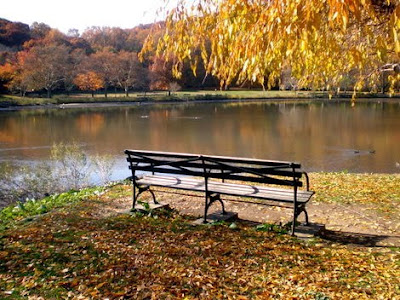 Rob Halpern, Disaster Suites. If you don’t think it’s possible to write poems that provide a precise materialist analysis of contemporary social conditions while also being filled with an overwhelming (and often quite blunt) lyric longing, you need to read this book. Halpern has showed in earlier work that he’s an extremely sophisticated, politically and theoretically insightful poet. This new book sacrifices none of that while amping up the sheer rawness of the wound and never being less than utterly convincing. I’m not sure there’s anybody right now who’s doing anything like this or could. Tremendous.

Stephen Collis, The Commons. I enjoyed, and often found very insightful, these poems investigating the history of the concept of the commons and various people of importance (like poet John Clare) to it. A strong understanding of the interrelationship between the land and human struggles to divide up and control the land and each other. I usually like books of poems that do Susan Howe-like investigations of history, and Collis handles this mode well. The sense of line was calming and even, maybe the result of there being almost no (literally no?) caesuras in the book, although Collis still manages significant rhythmic variation without them.

Rodney Koenecke, Rules for Drinking Forties. I didn’t realize west coast guys knew anything about front stoop beer etiquette. But these are flarf poems, okay? They go where other poems won’t. Vulgar, vital, funny, quick shifting, sometimes brutal but also somehow always large-hearted. Not afraid to spill a few King Cobras on their way to perdition. Take your hands off my beer, pal, you got that? I gotta down this sucker before I go to the Department of Monday staff meeting.

Susan Briante, Pioneers in the Study of Motion. These poems are a little more conventionally narrative high lyrical than usually matches my own biased preferences, but they’re consistently well-written, moving, and insightful in that mode. Plus the political and cultural elements of Tex-Mex border culture make them far more than simply expressions of lyric subjectivity. There’s a world here, and it’s keenly seen.

Sawako Nakayasu, Hurry Home Honey. This was another book whose tone took me awhile to catch onto, perhaps because the poems are subtler than I am. Or maybe because they’re so often about the unfamiliar. Once I tapped into the mix of understatement, irony, and loneliness, the eye for social oddity and the sharp, maybe-you-just-missed-it humor, I could more easily let the constantly defamiliarized environments of these poems bend, twist, and nick me in the way they were designed to do.

Mark Cunningham, 80 Beetles. Rod Smith, who blurbed this book, suggested I get a copy and I wasn’t disappointed. Wry ironies of a contemporary New York School style poetry that’s more anxious and cutting than precursors, with a sharp paratactic edge. I actually don’t know whether Cunningham is a New Yorker. All these poems are titled with the names of actual beetles, and guess what? They have more interesting names than people do, and for all I and Cunningham know, maybe more interesting lives.

More reviews on the way in upcoming weeks.
Posted by mark wallace at 10:14 AM

Hmm. The last word I would use to describe Rodney's poems would be "vulgar." In fact, I think they are the exact opposite. Are you sure that's what you mean? Or is the f-word spilling over onto your conception of them?

Partly, Nada. I guess I may have been infected a little by T.J. Clark's use of the word in Farewell To An Idea, where he finally decides that the great virtue of Abstract Expressionism was its vulgarity--that is, its violations of refined "good taste." "Earthy," I think, misses the fact of the conscious violation of the tasteful.

I've heard it said that "microreviews" aren't meaningful but I think it's because most people don't know how to write reviews. These are great. Keep 'em coming.